David Haye believes that Jake Paul and KSI are at a similar level from what he has seen behind closed doors in sparring. Hayemaker revealed that he knows what KSI can do when his opponent is throwing back despite not being able to showcase it yet due to his selection of under-matched opponents.

KSI – whose real name is JJ Olatunji – moved to 3-0 as a professional boxer on Saturday when he defeated two men on the same night. The British YouTube star kicked off his own card by knocking out rapper Swarmz before closing the show three hours later with another stoppage win against 2-6 professional boxer Luis Pineda.

Both opponents put up very little resistance in the bouts with Olatunji having it all his own way leading to further questions about KSI’s intangibles. The Brit remains an unknown quantity in the YouTube boxing sphere, but Haye has given a glimpse of insight into his potential.

Speaking about a fight with Paul to iFL TV, he said: “I think it’s on a collision course one hundred per cent, Jake Paul’s got a great coach with BJ Flores in his corner and KSI has the whole London Shootfighters team. So, the teams are rock solid. Jake’s had more high-profile boxing matches against MMA fighters that are decent boxers. 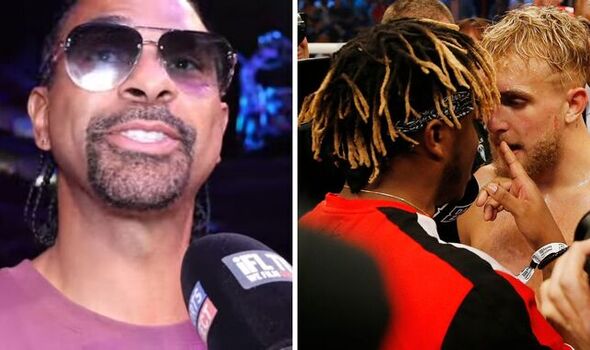 “I think they’re a similar level, although KSI hasn’t shown that in that fight there whereas Jake Paul has fought seasoned fighters. They might not have been boxers; they were MMA fighters but they knew what they were doing more than that guy [Swarmz] having his first fight if that makes sense.”

Pineda accused of being ‘bought at Walmart’ after KSI KO 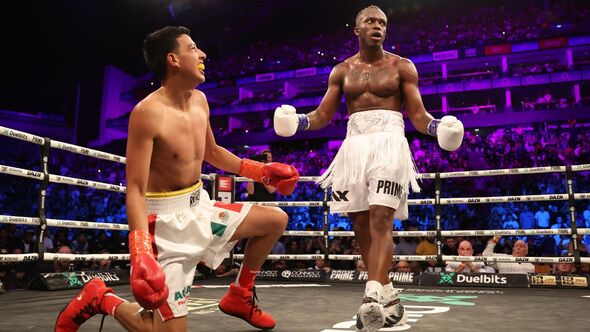 After his victories, KSI called out a number of well-known influencers including Tommy Fury and Andrew Tate but there was no mention of Paul. Olatunji is expected to have one more fight before facing off against The Problem Child in their long-awaited grudge match which is being targeted for Wembley Stadium by KSI’s team.