Dec Spelman fell just short of a triumphant return to the ring at London’s O2 Arena on Friday night when he was defeated by Shakan Pitters in the Ultimate Boxxer light-heavyweight event.

Spelman’s last competitive fight had ended in the death of Scot Westgarth at the Doncaster Dome in February. That backstory ensured the night wasn’t all about winning or losing here.

The Scunthorpe knockout specialist, with Westgarth’s name on his t-shirt, just wanted to navigate his way safely through the eight-fighter knockout tournament. Thank heavens the 26-year-old managed that. 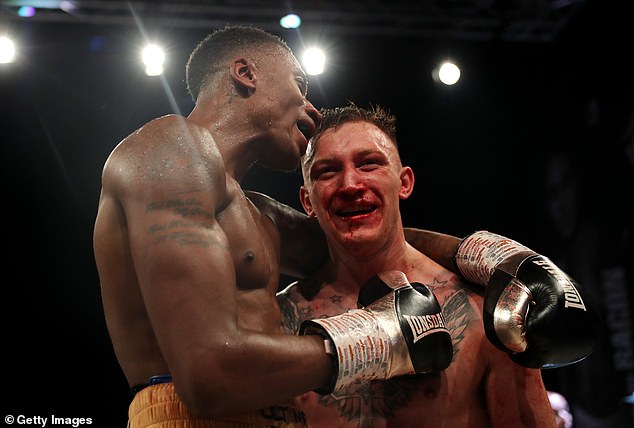 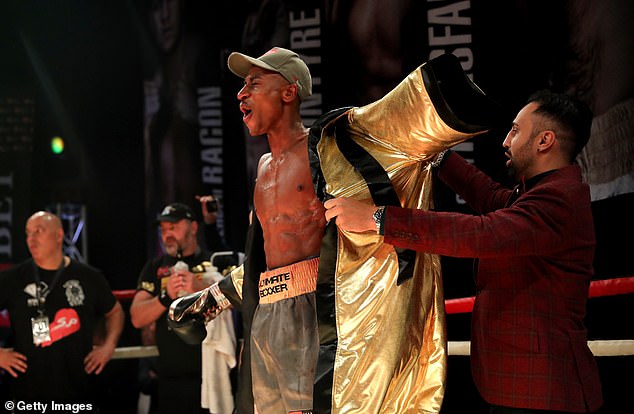 His points defeat in a draining if unspectacular final against a classy opponent three years his senior was still a triumph of sorts.

Pitters walked away with the bulk of the £50,000 and Ultimate Boxxer’s golden robe, with the probability of a British title eliminator further down the road.

Spelman gave it everything. ‘We both sacrificed so much and Dec must take a lot of credit for this,’ said Pitters.

Yet there had been an early scare at the Indigo in the O2, with the 2,000 capacity crowd falling quiet when Spelman’s first opponent, the unbeaten wildcard Sam Horsfall, lay on the canvas for several minutes after a devastating combination in the second round of their quarter-final ended the contest.

Spelman, who finished with a bloody nose himself as Horsfall rallied briefly, sank to his knees in the corner and appeared to be lost in prayer. After rising to his feet, he looked over several times to check on the stricken Horsfall, who had a crowd around him as medics helped him with his breathing. 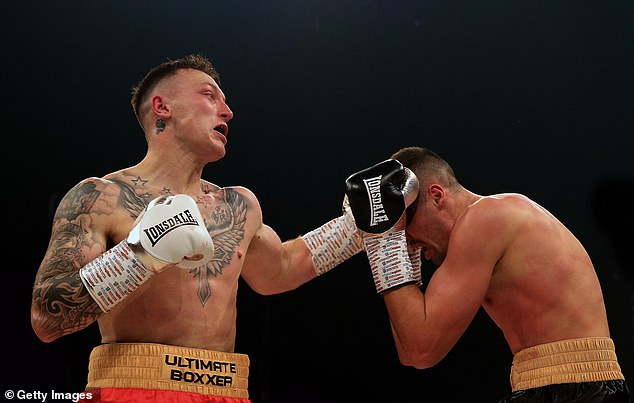 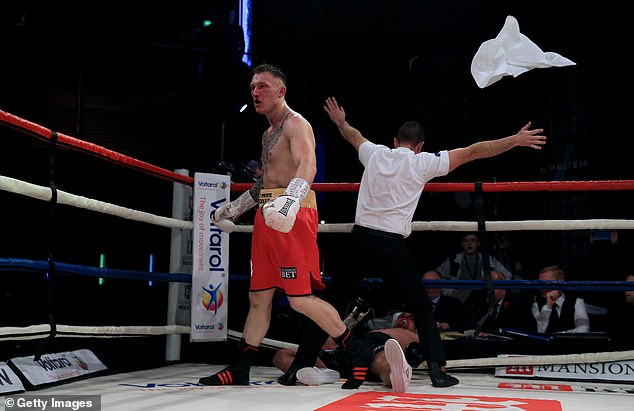 Spelman had said Westgarth would be always on his mind, now the well-being of a 25-year-old was occupying his and everyone’s thoughts.

Mercifully, after a wait of five minutes, the Surrey man staggered to his feet and left the ring. Spelman’s arm was lifted in triumph, but the brutality of the exchanges had left their mark.

The organisers of this engaging new event, which enjoyed its second instalment here, aim to provide a fusion of music, entertainment and quick-fire boxing in a three-round knockout format not dissimilar to Prizefighter.

It is aimed at the younger, casual fan as well as the regulars, with DJ Charlie Sloth on the decks between bouts.

But the fighting wasn’t bad, either. Three rounds of three minutes each ensures a fast and furious spectacle.

In the early bouts, Joel McIntyre was clearly superior to outsider Darrell Church in every department of their opening bout, and there was a comfortable win for the 6ft 6in unbeaten giant, Pitters, against Sam Smith. 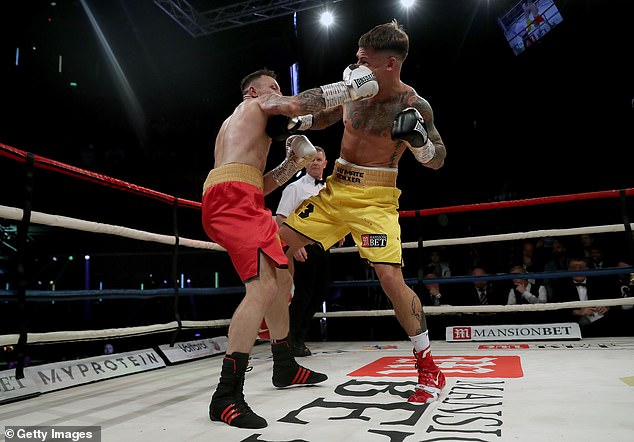 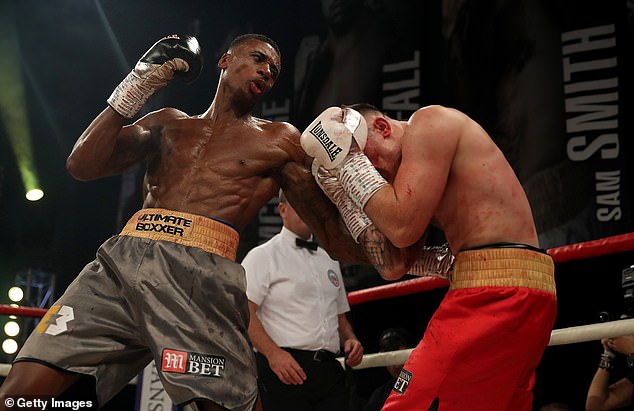 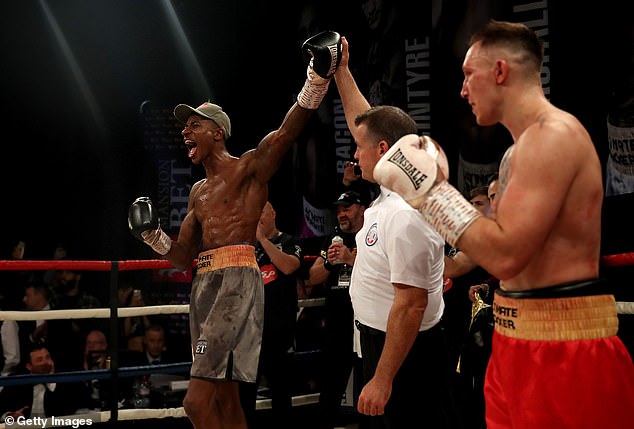 Although Spelman caught the big man with a few jabs, the fight was eventually lost on points

Geogii Bacon defeated Jordan Joseph in a split decision in their quarter-final but was no match for Pitters when it came to fighting for the right to face Spelman in the final.

‘I’m enjoying this, showcasing my skills on this stage,’ said Pitters after his second-round knockout. His army of fans from Birmingham roared their approval, too.

Spelman had seen off the highly-rated McIntyre in a punishing semi-final but struggled as Pitters drew blood in the early exchanges of the final.

The pair clearly began to tire in the second round, the eighth of the evening for both fighters, and though Spelman caught the big man with a few jabs with that fearsome left hand in the third, the fight was lost.

In the broader sense, though, it certainly wasn’t.