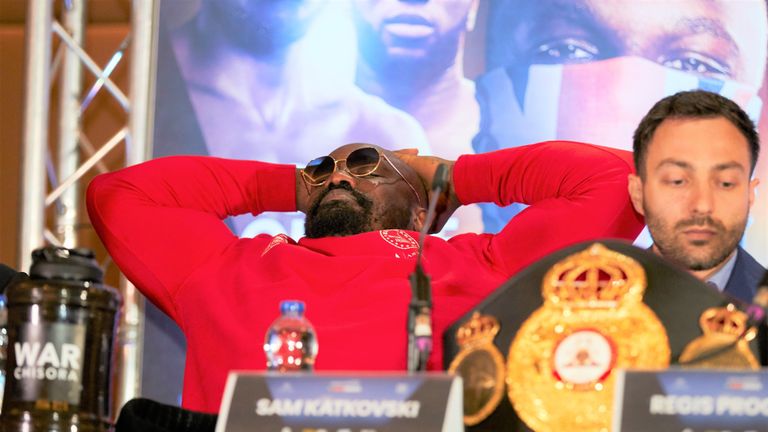 David Haye can smile about it now, but he’s been on the wrong end of the type of rage that Derek Chisora displayed this week. Now, he’s the one trying to hold him back.

And that sums up the madcap world of the man once known as ‘Del Boy’, and who’d change him?

Chisora is a treasure of British boxing, and even in the autumn of his career he remains a must-watch inside the ring – and, as we again saw this week, out of it. Especially if he’s not the main event.

“That’s not going to work for me. We need to change that,” he growled when told that his fight against Joseph Parker would come before Josh Taylor and Regis Prograis unify super-lightweight world titles on October 26, live on Sky Sports Box Office.

“Don’t get me started, bruv,” Chisora moaned. And that was that. He left. 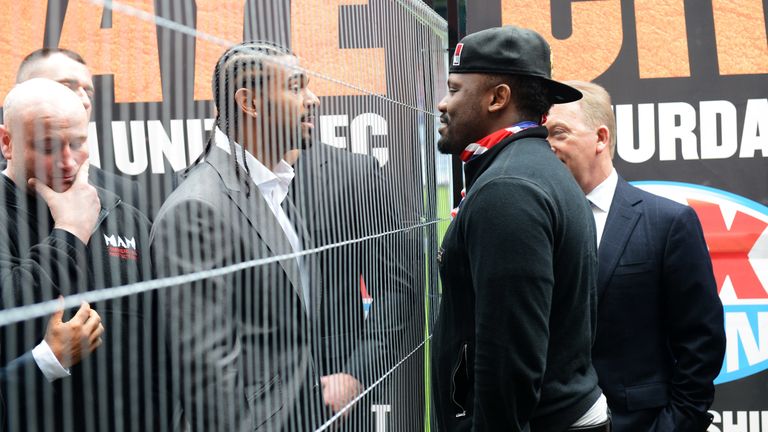 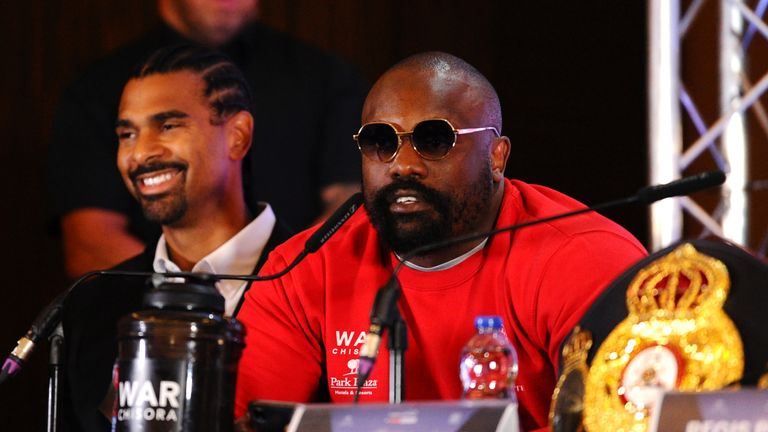 Haye, once Chisora’s sworn enemy and now his manager, reacted: “For Derek, that was his best behaviour. No tables were thrown, nobody got punched or slapped.”

It is just the latest mood swing for the veteran of this game. Many boxers would love to have fights as entertaining as Chisora’s press conferences.

And Haye knows first-hand how ugly an afternoon can get when Chisora has woken up on the wrong side of the bed. Their rivalry began seven years ago in Munich, in the hour after Chisora had lost the only world title challenge of his career against Vitali Klitschko. Haye, chasing the Klitschko brothers, had too much to say, and Chisora confronted him.

Chisora and Haye lost their boxing licences over the melee, but the Luxembourg board agreed to sanction a fight at Upton Park, preluded by a press conference where they were separated by a metal fence. Haye won by knockout.

So when Chisora raised his voice this week and said “I’m going to go ballistic”, the room filled with tension and everybody hoped the heavyweight wouldn’t come their way.

“They call him ‘War’ Chisora for a reason,” Haye said after calming his former foe down.

“He has brought some of the spite that he showed in sparring into the press conference. I saw him bubbling and thought: ‘I hope he just stays where he’s sitting’.

“He has ruffled feathers but that’s Chisora. He speaks from the heart.

“Not ideal but Derek is Derek.”

Prograis and Taylor weren’t happy, and rightly so, with being dragged into Chisora’s ire.

“It was disrespectful,” Taylor said.

Prograis went further: “I thought I might have to fight him.” 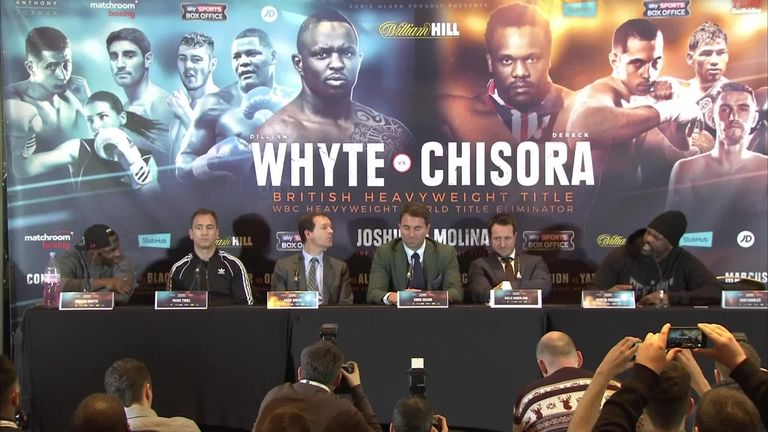 Dillian Whyte thought the same three years ago when the press conference table was hoisted into the air by Chisora and thrown his way.

Remarkably, according to Haye, we are witnessing a maturing Chisora today.

“He realises that time is ticking,” Haye said. “He’s 35, not 28 anymore, which is an age where you can have a loss and it doesn’t really matter. He’s had lots of opportunities but he is now on the cusp of something huge.

“Last chance saloon is an old cliché but this really is it.”

If that’s the case, preparations aren’t going smoothly. Dave Coldwell, the trainer who led Chisora to his last three fights, is no longer working with him and hasn’t yet been replaced.