Dillian Whyte flattened Alexander Povetkin with a huge left hook after an inspired performance to gain redemption in their rematch in Gibraltar on Saturday night.

Whyte had Povetkin on the brink of a knockout throughout their second heavyweight battle and closed the show dramatically, returning the favour after he lost to the Russian last year.

A fight that balanced destruction and discipline from Whyte has propelled him back near the front of the queue of contenders in the division where Anthony Joshua and Tyson Fury are set to decide the undisputed champion. 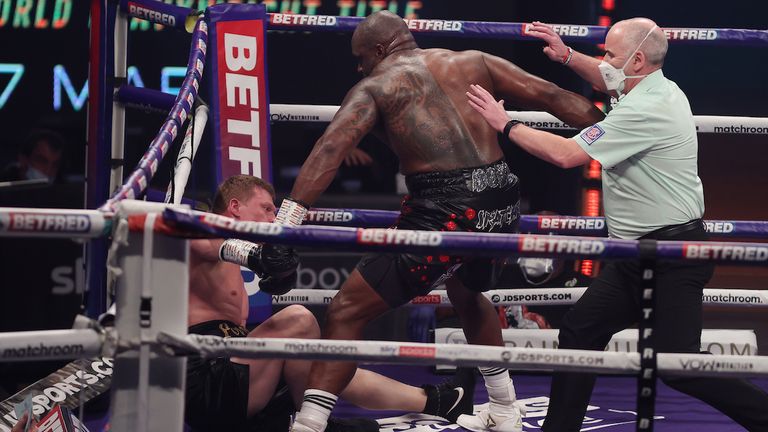 Whyte’s world title dreams would have been in tatters if he lost again, having seen his status as WBC mandatory challenger after a 1,000-day wait evaporate when he was previously knocked out by Povetkin.

But he delivered a career-best result punctuated by a vicious conclusion after a trademark left hook.

Whyte had Povetkin hurt and tumbling around inside the first minute, an exhilarating start where both heavyweights stood inside the danger-zone and flung punches designed to end the fight immediately.

Povetkin was bloodied and unstable by the time that Whyte clubbed him with another right hand, still inside the opening round.

Povetkin’s attempt to respectfully touch gloves before the second round was ignored by Whyte who rammed home a straight right hand that left a mark of swelling. Just as important to Whyte as his accurate assault was his defensive ability to evade Povetkin’s left hook.

“Keep the jab going,” Whyte was told by his new co-trainer Harold ‘The Shadow’ Knight, recruited for his expertise in winning rematches after his role with Lennox Lewis.

Whyte then landed a brutal overhand right in the third round.

Whyte uncorked another hurtful right hand in the fourth which had Povetkin staggering but, having learned from their first fight last year, he was careful with his follow-up.

But Povetkin’s resistance was finally broken 30 seconds from the end of the fourth, when Whyte smashed him with a left hook.

The Russian, who had previously only lost to Joshua and Wladimir Klitschko in 39 fights, went down and the referee waved the fight off. 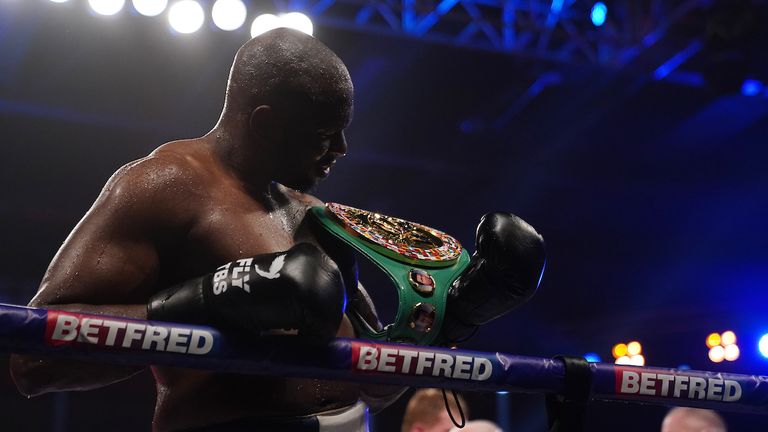 Whyte immediately found a stool for his rival to sit on, and when the brave Povetkin regained his footing, they embraced.

The WBC interim heavyweight title went home with Whyte, who had entered the ring with a tribute to boxing legend Marvin Hagler.

He mentioned a third fight with Povetkin, who is now 41, afterwards while the world titles will be tied up with Joshua and Fury.

Deontay Wilder was again suggested as his next opponent by promoter Eddie Hearn.

Watch Povetkin vs Whyte 2 repeats on Sunday, live on Sky Sports Box Office, from 9am and 4pm. Book it via your Sky remote or book it online here. Even if you aren’t a Sky TV subscriber you can book and watch it here.