Dillian Whyte’s plans to demolish an American rival have provoked a fiery challenge from Jermaine Franklin who warned, ‘you don’t intimidate me!’

The British heavyweight is expected to head to America this summer to stake his claim for a fight against the likes of Deontay Wilder and Andy Ruiz Jr, two former world title holders.

But Franklin, an unbeaten 28-year-old with 20 victories, insists the arrival of Whyte in the States is not a daunting proposition for a top contender such as himself. 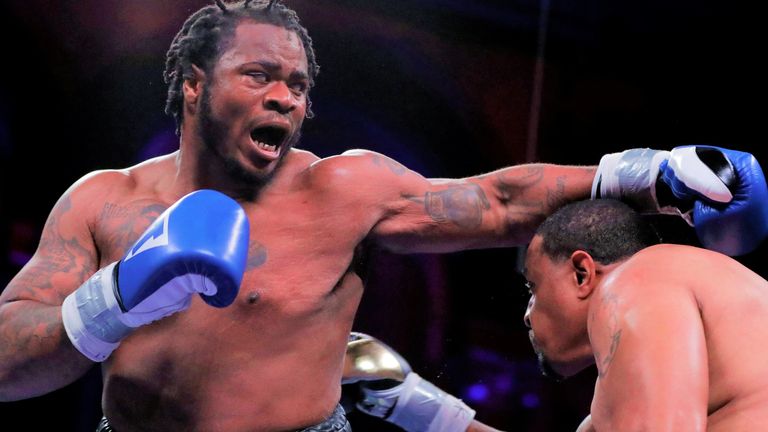 Xavier Miller and Harold Knight were full of praise for @DillianWhyte and fully believe their man can become a world heavyweight champion 🏆#RumbleOnTheRock #PovetkinWhyte2 pic.twitter.com/EHnJZA45eD

“That intimidation s**t, it doesn’t work for people like me,” Franklin told Sky Sports, when asked about Whyte’s aggressive demeanour.

“I’ve always experienced and always been through rough situations, so a bully is nothing to me.

“A bully is just a regular person. You can try to intimidate me, if you want to bully me, or you can try any of that, but that s**t won’t do nothing for you, won’t get you nowhere.

“It might make me want to beat you up more, but beside of that, it’s not going to help you in any way.”

“I would like to see him box quickly again in the summer,” Hearn told Sky Sports. “Maybe let’s go over to the States, have a fight over there, because you know there’s a log jam.” 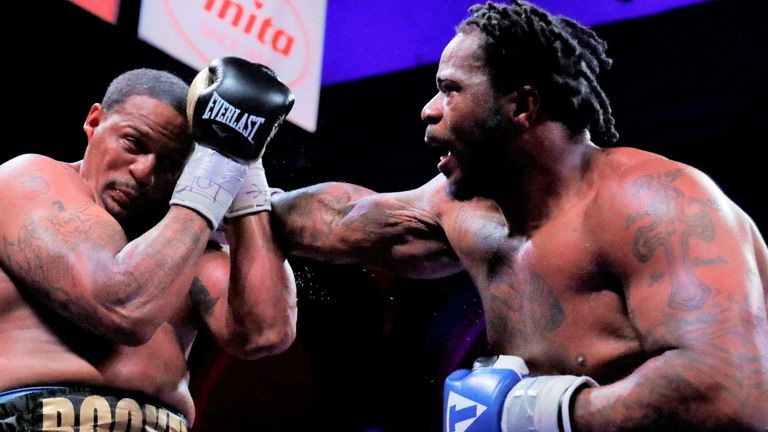 Franklin is preparing to return against Stephan Shaw, another undefeated US heavyweight, and victory could strengthen his status as a potential opponent for Whyte.

“He has a stern test in front of him on April 22nd against Stephan Shaw, but I believe it will be another opportunity for him to shine and show boxing fans that he is the next American in line for the world title.

“If Dillian Whyte is coming to the US for his next fight, Jermaine will be delighted to offer him a gracious, warm, in ring welcome on these shores.”

Whyte avenged his shock loss to Alexander Povetkin with a crushing knockout in last weekend’s rematch, but Franklin believes there are still lingering vulnerabilities in the Brixton man.

“It’s the punches that he leaves himself open for, that’s why he has the two defeats by knockout,” said Franklin.

“Povetkin caught him with an uppercut. We know that’s a real hard punch to be able to take from a puncher.

“Certain times he gets caught with certain punches.

“I don’t want to say he has a glass chin, because he took some shots, but if you can catch him at the right time, at the right moments though, you will have a great effect on him.”

Will Khabib, McGregor or Canelo be next for Floyd Mayweather?