Eddie Hearn has revealed that he spoke to rival promoter Frank Warren for the very first time on Wednesday evening over the phone. Hearn and Warren discussed the latter’s offer for the pair to coincide and create a Matchroom vs Queensbury boxing event.

Warren proposed on Tuesday evening that the pair put on a fight night where their fighters would go head-to-head.

Hearn responded today and noted he would be happy to work with Warren on such a card. 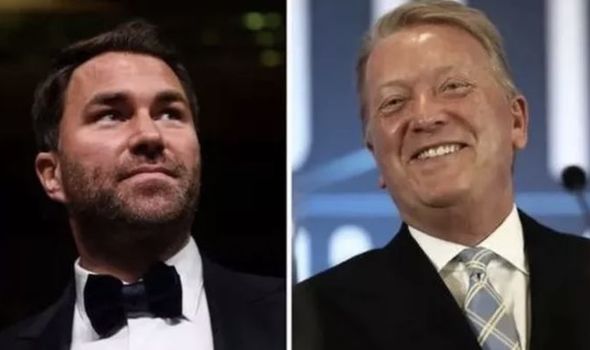 But the Matchroom chief also found the offer ‘strange’ and stated that on more than one occasion, Warren’s company have sent him legal letters over various matters.

Warren today tweeted out that he’d tried to call Hearn but he could only leave a voicemail.

Hearn, however, has now revealed that he did end up speaking to Warren for the very first time in his life.

“I gave him a buzz and just said, ‘Listen, once we get Fight Camp out the way, we’ll have a chat.’

“Don’t mind, no problem having a bite to eat with him.

“Lots to discuss, lots of issues to get out the way, we’re a million miles away from making any fights. 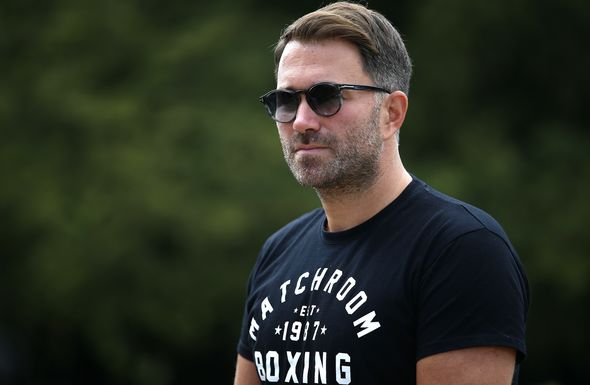 “But no problem in having a bit of grub and discussing it. So we’ll see what happens in September.

“More than happy to discuss some of the fights and we will do, we will get together and discuss it.”

Next year, it’s expected that Anthony Joshua will fight Tyson Fury in a pair of clashes for the world heavyweight championship.

Fury and Joshua verbally agreed to a two-fight deal earlier this year and it’s likely the first fight will take place in Las Vegas or the Middle East.