Floyd Mayweather will fight social media star Logan Paul at the Hard Rock Stadium in Miami on June 6 hoping to avoid one of the biggest upsets in sporting history.

YouTuber Paul takes on one of the great boxers of all time in Mayweather, whose professional record stands at 50 wins from 50 fights.

Mayweather is a four-weight world champion and is expected to take in at least £70million ($100m).

Mayweather was initially scheduled to fight YouTuber Logan in February, but the bout was postponed due to the pandemic.

It was then suggested that the event would be cancelled completely, but the pair denied the rumour and will instead face off tonight.

JUST IN: Man Utd, Man City and Spurs stars nominated for PFA Player of the Year 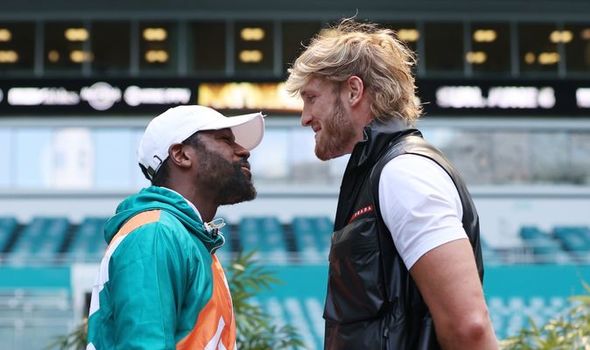 “I can fight a fighter right now and I can guarantee myself $35m (£24.7m),” Mayweather told Disruptive Entrepreneurs podcast.

“I can eventually probably make $50million (£35m), for just a regular fight.

“Or me and Logan Paul can go out, entertain, have fun and make nine figures, $100million, or more.

“Everybody thinks that ‘retired’ means at home with your feet up and picking up weight.

A video of the incident circulated on social media in the immediate aftermath. Jake and Mayweather went face to face and were both heard saying: “Let’s make it happen.”

It was an apparent suggestion that Mayweather could fight Logan’s brother after the bout in Miami. Jake then suggests: “Let me call Al Haymon,” who manages Mayweather.

In the bizarre video, the 24-year-old YouTube star then grabs Mayweather’s hat and runs off.

The stunt prompted a mass brawl in which Mayweather appeared to throw a punch in the direction of Jake, who was pulled to the floor by the crowd. 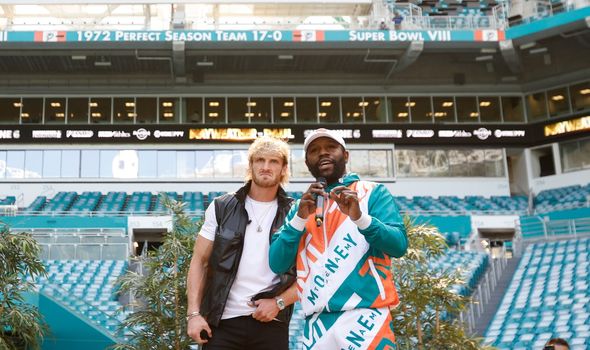 How to live stream Floyd Mayweather vs Logan Paul

The fight will be shown live on Sky Sports Box Office.

Their broadcast is set to start at around 11:55pm.

It will cost £16.95, with the full undercard and main event shown.

The fight takes place at the Hard Rock Stadium in Miami.

Mayweather and Paul are expected to make their ring walks at 4am UK time on Monday morning.