Frank Warren has erupted at his American counterpart Don King, amid Daniel Dubois’ lawsuit against the 90-year-old promoter. Dubois is reportedly suing King for an alleged breach of his contract with King’s promotion, as they failed to pay him following his victory over Trevor Bryan in June.

The British star secured victory over King’s fighter thanks to a fourth-round knockout to claim the WBA (regular) heavyweight title at the Casino Miami Jai-Alai in Miami. According to the lawsuit obtained by Dan Rafael, Dubois is suing for a fee in the region of £380,000 and £770,000 for the lack of pay.

Surrounding the issue of Dubois’ purse, King’s attorney Tony Gonzalez has argued that all the correct payments have been made to the British fighter. He told Big Fight Weekend: “DKP has made all requisite payments towards Mr. Dubois’ purse. Pursuant to Florida State Athletic Commission Director Patrick Cunningham’s instructions, proof of payment in the form of the payment for the 30% IRS backup withholding was provided along with $475,000 setoff towards Mr. Dubois’ purse at the instruction of Mr. Dubois’ promoter, Queensbury.

“Additionally, and at the instruction of Mr. Cunningham, an escrow deposit was made in the amount of $134,000.00 representing a final balance due Mr. Dubois after applying a setoff of $319,000 for outstanding monies owed DKP by Mr. Warren. Also, all sanction fees owed by Mr. Dubois were paid in full by the WBA.”

JUST IN: Oleksandr Usyk ‘story’ teased as Anthony Joshua told by Brit boxer to ‘take his head off’ 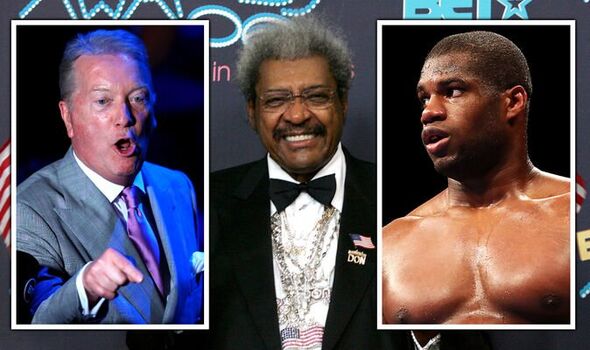 With King’s team claiming that Warren is in fact the man who owes the money the angered Englishman hit out at the American, telling iFL TV: “I have done one show with him in 25 years, one show and the last one was 10 years ago. And if I owe him money, one why hasn’t he sued me and two and you know sue me if he feels I owe him money!

“I don’t owe him any money and if I even did owe him money – which I don’t – what has that got to do with the contract of him and Daniel Dubois. They are the contracting parties, not me. He owes the money to Daniel Dubois this is all smoke screens, the usual bulls*** you get. He should pay what is due.” 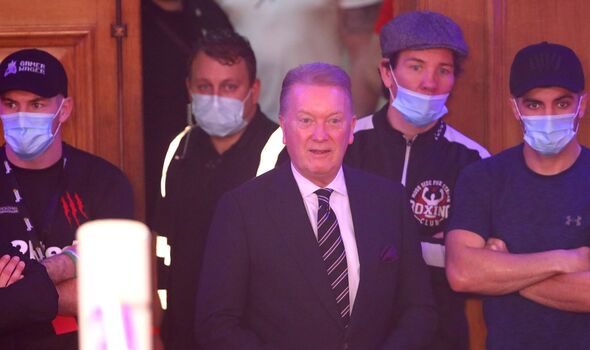 “You would hope Don King – to use his words – would be a man of his honour. He says he has never bumped a fighter in the past, he has always paid them, then he should pay Daniel Dubois the money he owes him. The full amount he owes him from these contracted commitments to Daniel Dubois, he should be paying them.”

Fury is selling £100 signed photos of stunning win over Wilder