Anthony Fowler sealed a dominant stoppage victory over Adam Harper to stay in contention for more title fights with his domestic rivals.

The 29-year-old had too much firepower for Harper, who was dropped in the fourth round and stopped in the seventh, with Fowler staying in contention for a rematch with Scott Fitzgerald, or an explosive encounter with Ted Cheeseman at super-welterweight.

A steady assault was launched by Fowler from the opening bell as he dug in spiteful body shots, including a few punches below the belt line that earned an early reprimand from the referee. 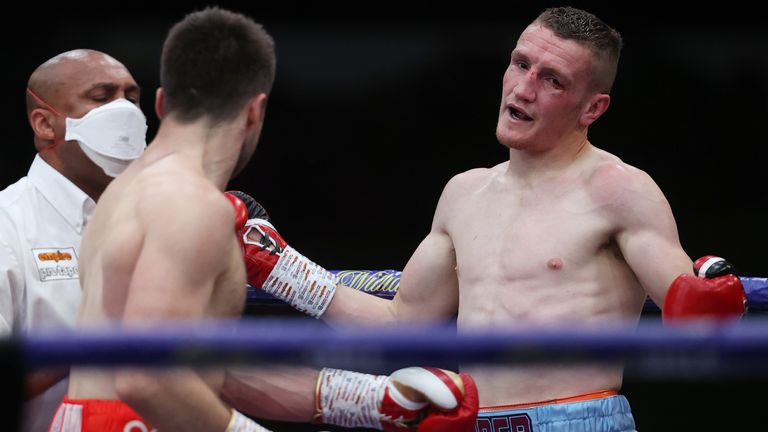 The Merseysider would be deducted a point in the second for another stray low blow, but he was not deterred from his hurtful work, with Harper sustaining a nasty facial cut.

Harper bravely withstood further punishment in the third, but wilted under a short right hand in the fourth round.

Will Khabib, McGregor or Canelo be next for Floyd Mayweather?