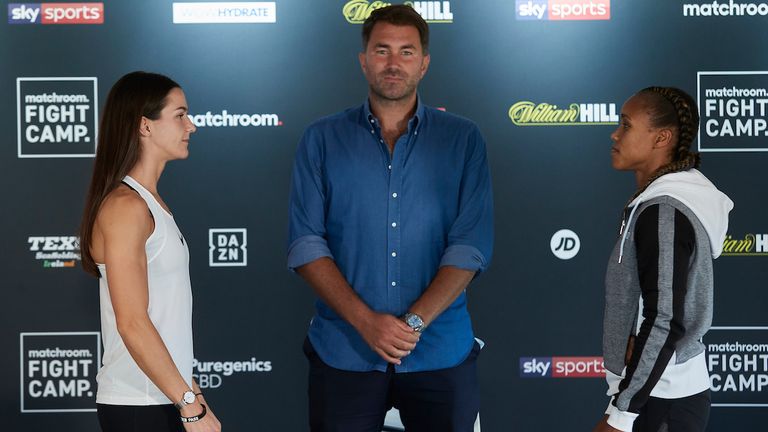 Undefeated WBO super-featherweight champion Ewa Brodnicka has signed a multi-fight promotional deal with Eddie Hearn’s Matchroom Boxing and has targeted a unification clash with the winner of Terri Harper vs Natasha Jonas.

‘Kleo’ has made five successful defences of her title, all in Poland, most recently beating Belgium’s Djemilla Gontaruk, and the 36-year-old is determined to get her hands on Harper’s WBC and IBO belts.

Brodnicka is the latest addition to Matchroom’s unrivalled stable of women’s boxing talent that includes undisputed lightweight champion Katie Taylor and undisputed welterweight ruler Cecilia Braekhus, amongst a host of other top contenders.