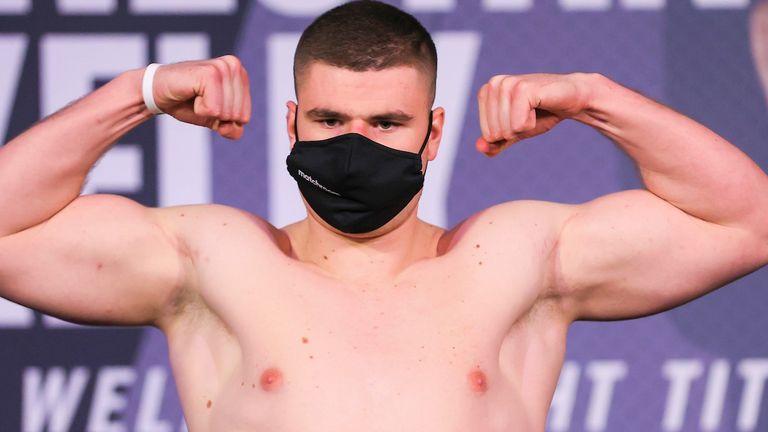 Heavyweight prospect Johnny Fisher has vowed to ‘put on a great show’ against Matt Gordon on his much-anticipated professional debut.

Fisher, with nine of his 10 wins coming via knockout in the amateur ranks, wants to showcase his destructive power when he faces Gordon on the Kelly vs Avanesyan bill on Saturday, live on Sky Sports.

Under the tutelage of trainer Mark Tibbs, ‘The Romford Bull’ hopes to make the perfect start at The SSE Arena in Wembley.

“I’ve got all my fans and all my supporters behind me,” Fisher told Sky Sports.

“I’m going to put on a great show tomorrow night.” 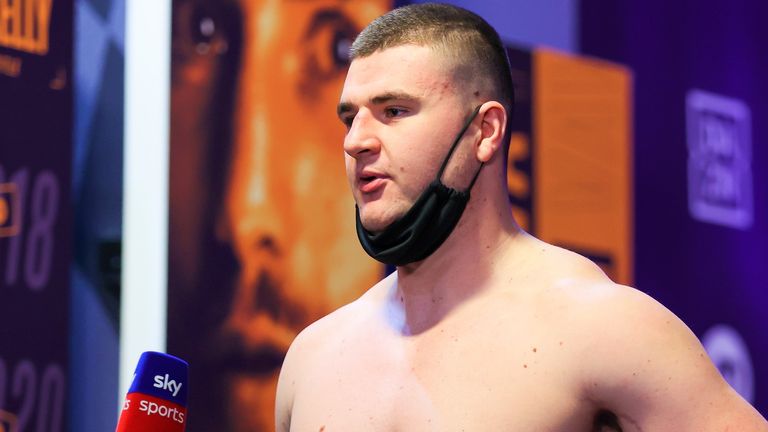 Gordon has shared the ring with David Adeleye in the paid ranks.

The big-hitting 21-year-old prospect has weighed in at under 17 stone for his first fight and is relishing the opportunity to perform on a big stage. 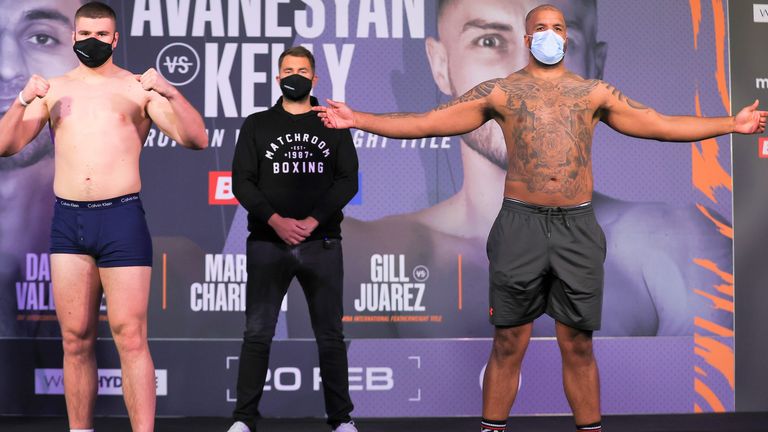 “Maybe a bit of a change in diet but I’ve been eating well and I feel good. I’m ready to go.”

In the main event, Kelly risks his unbeaten record against Avanesyan, a former world title challenger, in an eagerly awaited European title fight.