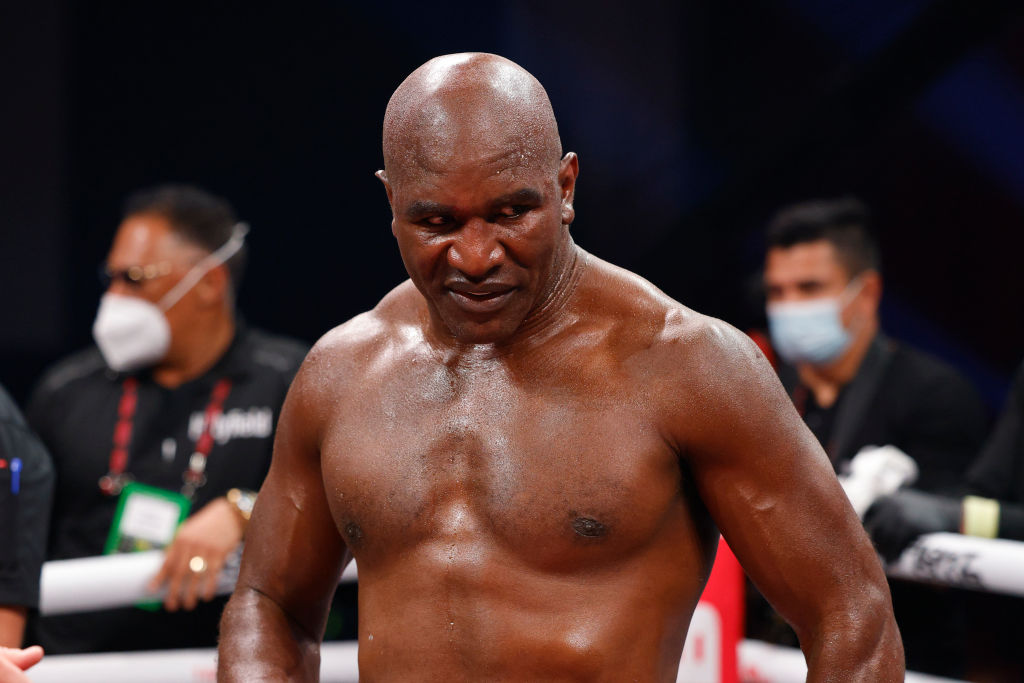 Johnny Nelson believes Evander Holyfield’s farcical comeback fight against Vitor Belfort will serve as a wake-up call for boxing – but believes star-studded exhibition fights will continue as long as the money is right.

Holyfield, 58, returned to the ring after 11 years of retirement on Saturday to take on former UFC champion Belfort on just a week’s notice.

The former cruiserweight and heavyweight champion was soundly beaten on the night, knocked to the canvas twice in a contest that ended inside the first round with Belfort getting the stoppage win.

Sections of the boxing community have condemned the fight with former cruiserweight world champion Nelson believing Holyfield should have never been put in the position in the first place.

Nelson told Metro.co.uk: ‘People forget the latter part of Evander’s career and this was the same conversation around the time of his last few fights [before retiring in 2011].

‘What happens is we get caught up in the nostalgia of his heyday and what he used to be and forget about where he is now. It was a reality check for all those nostalgic fans, Evander Holyfield still looks in brilliant condition but unfortunately your biggest opponent in boxing is time.

‘Even though he knew more than Belfort will ever know in the sport and achieved more, he is 58. His punch resistance, footwork and balance were never going to be the same. That was established within the first punch. It was a wake-up call for him and the people around him.’

The Holyfield vs Belfort fight was the latest in the new trend of money-spinning exhibition fights that have spawned the professional careers of YouTubers including Jake and Logan Paul.

While the distressing images of a former great Holyfield struggling so badly may have had a sobering effect on fight fans, Nelson believes these fights unlikely to stop happening any time soon.

‘The money will unfortunately always dictate things,’ he said. ‘It won’t change until someone gets hurt. And I mean really hurt. That could be some young YouTuber who wants to mix it up against someone who has had years of experience in boxing and getting really hurt.

‘But at the moment, these shows are good business. And until somebody gets really damaged, it is going to go on.’

Johnny Nelson has launched BoxPro a new free to download boxing fitness app with tailored workouts for all levels of fitness https://boxprotraining.co.uk/

Floyd Mayweather became America’s biggest boxing star but can any US fighters match his success?