Anthony Joshua will be defending his three heavyweight titles tonight against Kubrat Pulev. It will be the first time he’s defended his belts since re-claiming them from Andy Ruiz Jr. What time is the fight tonight?

AJ will be facing Bulgarian Pulev at Wembley Arena, in a highly-anticipated clash.

The duo were supposed to touch gloves back in June, but the fight was postponed over coronavirus fears.

It’s meant that Joshua hasn’t fought for over 12 months – which could be both good and bad for Pulev.

The last time Joshua stepped into the ring, he won back his three heavyweight belts from Ruiz Jr. 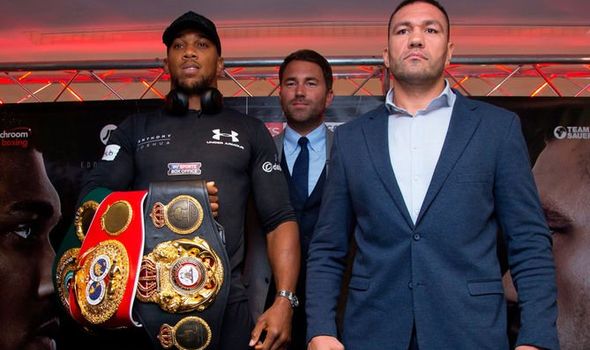 AJ is the hot favourite going into the fight against Pulev.

But the Bulgarian is no pushover, and he boasts a similar record to Joshua.

Both boxers have just one defeat to their name. Pulev’s only loss came against Wladimir Klitschko, back in 2015.

Since then, he’s recorded wins against Dereck Chisora, Hughie Fury, and Bogdan Dinu.

What time is the Joshua vs Pulev fight tonight?

The undercard is set to get underway from 5pm on Saturday December 12.

Joshua and Pulev are expected to make their ring walks at around 10.30pm.

The fight will be broadcast exclusively by Sky Sports Box Office.

The pay-per-view event will cost £24.95, which is slightly more expensive than average. 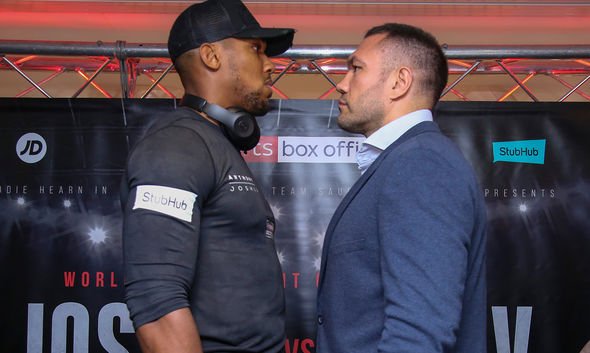 The undercard for the fight will include Hughie Fury taking on Mariusz Wach.

Martin Bakole will also be facing Sergey Kuzmin, in a light-middleweight clash.

Pulev will be taking on a revitalised Joshua, who admitted that he’s learned from his mistakes against Ruiz Jr.

Ahead of the clash at Wembley Arena, he said that he’s built a “gladiator mentality” after his shock defeat to Ruiz.

“This isn’t just a case of knocking everyone over, relying on punch power,” Joshua told the BBC. “You have to rely on work-rate, heart, good chin, skills, determination.

“If I look on my last YouTube feed of what I’ve been searching, you can see ‘gladiator mentality’.

“Now, looking from a distance, I’ve learned I’ve got to build a tougher mentality if I’m going to go further in this business.

“I’d love to go back and fight Ruiz again because I’d knock him out. I’ve become tougher, more relentless over the last year.”