Katie Taylor defended her undisputed lightweight title against undefeated Argentinian Karen Carabajal and set her sights on a future clash in her native Ireland.

Taylor had initially sought to rematch fellow consensus pound-for-pound great Amanda Serrano at this event but after the Puerto Rican elected to take some more fights before a rematch it was Carabajal who was chosen to stand across from the Bray Bomber.

Brought in to keep the champion fresh ahead of the more lucrative big-name fights on the horizon for the Olympic gold medallist, Carabajal proved a game opponent but ultimately had little to challenge Taylor with. 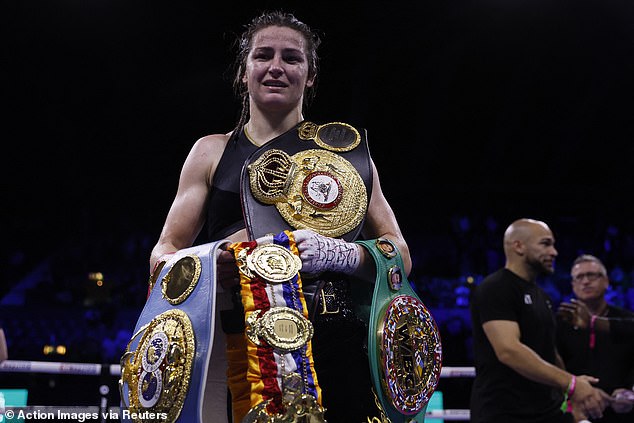 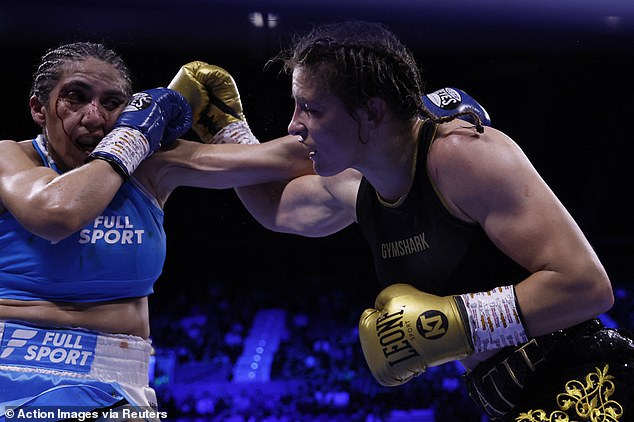 As the fight wore on Taylor only seemed to become more accurate, repeatedly clipping the Argentine with a tight left hook.

Taylor mounted the pressure throughout the fight, but Carabajal did well to avoid being finished, particularly in the tenth round as the bloodied Carabajal was cracked by a inch-perfect right hand.

When the judges’ scorecards were read out, there was no doubt inside Wembley Arena who was going to be victorious with only one of the three judges scoring more than one round for the challenger. 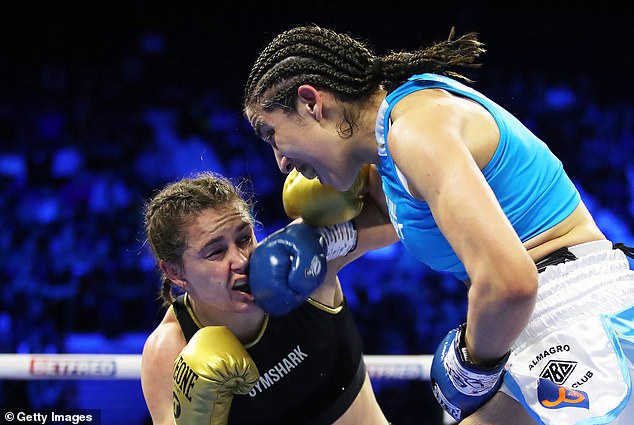 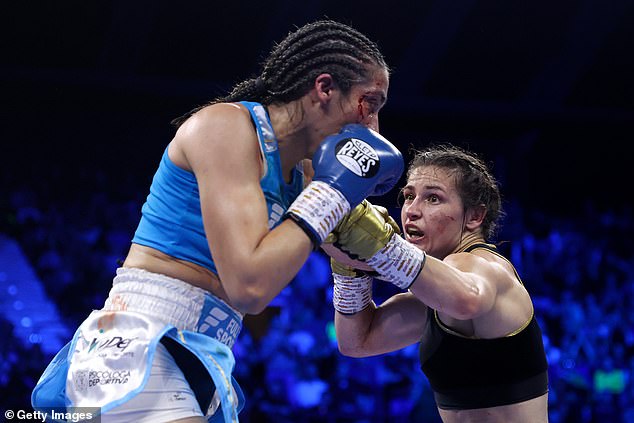 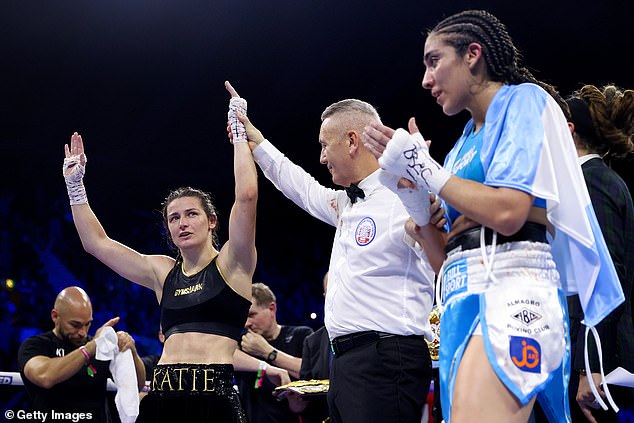 After her win, Taylor set her sights on a homecoming fight at Croke Park in Ireland

Looking ahead to what is next for his fighter, Eddie Hearn revealed that the 22 fight veteran will finally make her professional bow in her native Ireland.

‘Whoever it is, Ireland has to be next for Katie Taylor. It’s time to give Ireland a sporting event they will never forget.’

The crowd erupted in delight as Taylor added that she would like her next fight to be staged at Croke Park, an 80,000 stadium in Dublin usually used for Gaelic sports.

Should her wish be granted, Taylor would be just the second boxer to top the bill at the famous venue, with the first and only to this point being Muhammad Ali when he defeated Al Lewis in 1972.