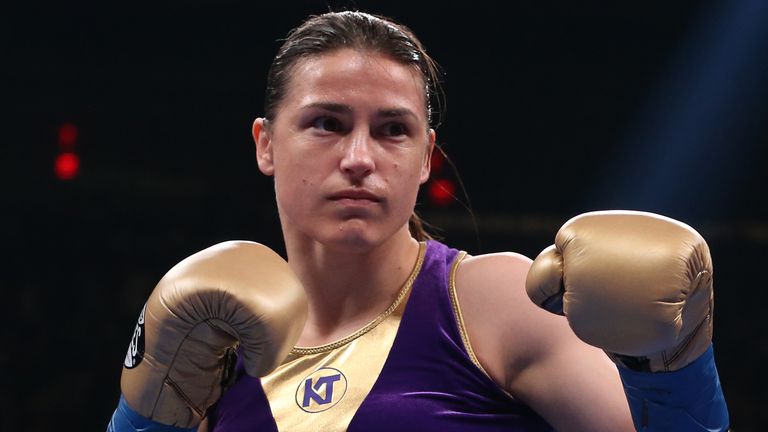 Katie Taylor is the target for Jessica McCaskill who first has the sizable task of ending Cecilia Braekhus’ world title reign.

McCaskill lost to Taylor three years ago but has since become a unified super-lightweight champion and, on Saturday in Oklahoma, will challenge for Braekhus’ undisputed welterweight title.

A week later Taylor puts her undisputed lightweight title on the line against Delfine Persoon, alongside Dillian Whyte vs Alexander Povetkin, live on Sky Sports Box Office, on August 22.

“I would love the Taylor rematch and a chance to get my revenge, and definitely in a place like Wembley Stadium on a huge bill,” said McCaskill.

“If we have fans again that stadium has 100,000 people and that’s the kind of crowd that needs to be at that kind of fight. I have my eyes on Taylor and I want that fight.

“Going to the UK for the Taylor fight, I didn’t know what to expect but it turns out that we have a ton of fans in the UK. I still hear from the UK fans on a regular basis and from the airport to the hotel to the venue, there were so many people that reached out and showed love to me and my team.

“Katie said that people were scared to fight her and of course, we weren’t, we took it and we learned that we were at that level.” 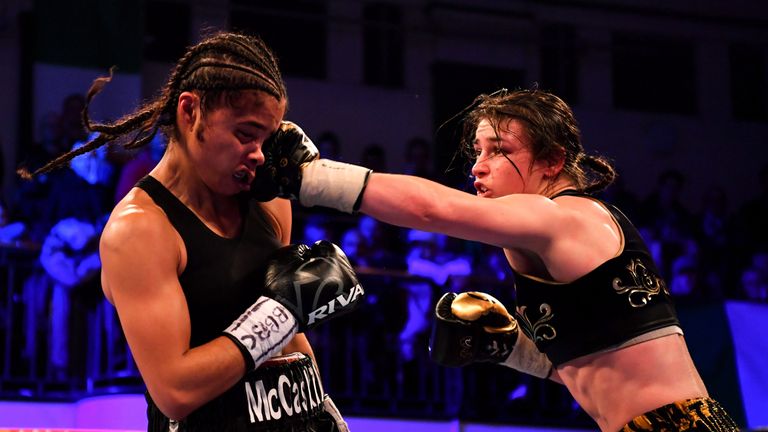 Braekhus, the Norwegian with a 36-0 record, is also a future option for Taylor if she moves up to welterweight.

“I was in New York for the first Taylor-Persoon fight and it was massive,” said McCaskill. “There was a lot of contact and it was a lesson for Taylor that you cannot take people lightly, it was a close fight and she could’ve been on the wrong side of the result. I think the second fight will be another classic.”

Persoon previously told Sky Sports: “In the first fight there was a lot of holding, holding, holding. In another country they would tell you: ‘Don’t hold’ then take away a point. But they never spoke about her holding me.

“In the fourth round her trainer said: ‘Grab her arms!’

“Is she going to run and grab me? For the people, that is not a good fight.

“Ten rounds of running with one or two punches is not a fight that people want to see.

“Take the first punch, answer, jab, come in, go out.

“Katie throws one shot, runs away, then grabs.

Mike Tyson vs Roy Jones Jr: Jones Jr on Tyson’s ‘power’, Joshua vs Fury, and why his era was better

Daniel Dubois vs Joe Joyce rescheduled for October 24 – with fans