Anthony Mundine’s impact on the sporting world was highlighted when surfing legend Kelly Slater called in the middle of his retirement press conference on Wednesday.

Mundine was officially farewelling his sporting career at the Cruise Bar in Sydney’s Circular Quay on when he was interrupted by a video call from the 11-time world champion.

Mundine, the two-sport sensation who sparkled in a short-lived rugby league career before winning world titles in boxing, was quick to joke about a third endeavour. 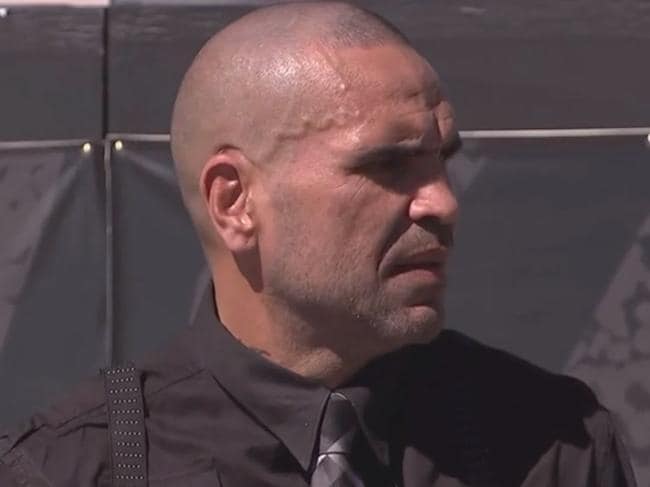 Anthony Mundine is surprised after being told there’s someone on the phone.Source:Channel 9 “Teach me how to surf,” he told Slater. “I might become a surfer.”

Slater laughed, saying: “Well yeah, I think you need a third career, you’ve been able to switch over pretty easily in the past.”

“Anyways, we’re just proud of you,” Slater added. “I just wanted to call and say congratulations and all the best for the next endeavour and all the happiness to you and your family. You’re a legend.”

It was touching to see how chuffed Mundine was by the unexpected call. The pair had met in the early 2000s and Slater attended his world title fight against Mikkel Kessler in Sydney in June, 2005. Kelly Slater at the Sydney Entertainment Centre for the super middleweight world title fight between Anthony Mundine and Mikkel Kessler. Kessler retained his belt with a points win over Mundine. (AAP Image/Dean Lewins)Source:AAP 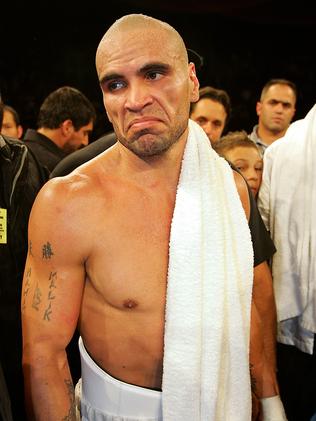 Anthony Mundine reflects after his defeat against Kessler.Source:News Corp Australia

Mundine used his farewell to address perhaps the most controversial comments of a career that featured plenty, when he infamously said “America’s brought it upon themselves” after the 9-11 terrorist attacks.

“Taking one human life is like taking the whole of humanity to me. I feel like I was crucified for that – probably rightly so. I said it raw and pretty dumb at the time.

Mundine later added: “If I offended anybody in my career, honestly, I’m sincerely sorry.

“Please find it in your heart to forgive me. I’m a changed man, I’m a different type of cat.

“As you get older, you get more mellow. God bless everybody. Thank you.”

Mundine finishes his sporting career having played 134 NRL games in which he scored 59 tries and played in the 1999 State of Origin series and the grand final with the Dragons the same year.

He also won 48 of 59 boxing fights after turning professional in 2000, winning three titles.

The new face of Australian boxing, Tim Tszyu, also wished Mundine well on his exit from the sport. 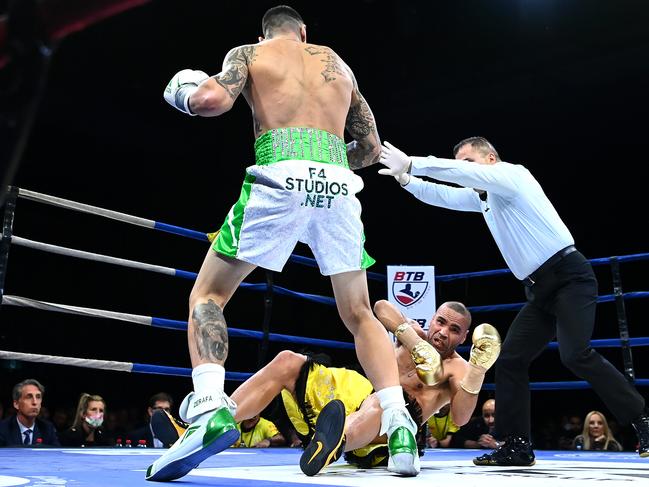 Michael Zerafa knocks out Anthony Mundine in his final fight in Bendigo on March 13, 2021. (Photo by Quinn Rooney/Getty Images)Source:Getty Images

“I like him,” Tszyu told news.com.au on Wednesday. “He’s a good guy, a good person, achieved a helluva lot. And he was a natural talent. To switch from rugby to get into boxing and reach the pinnacle, it’s pretty crazy.”