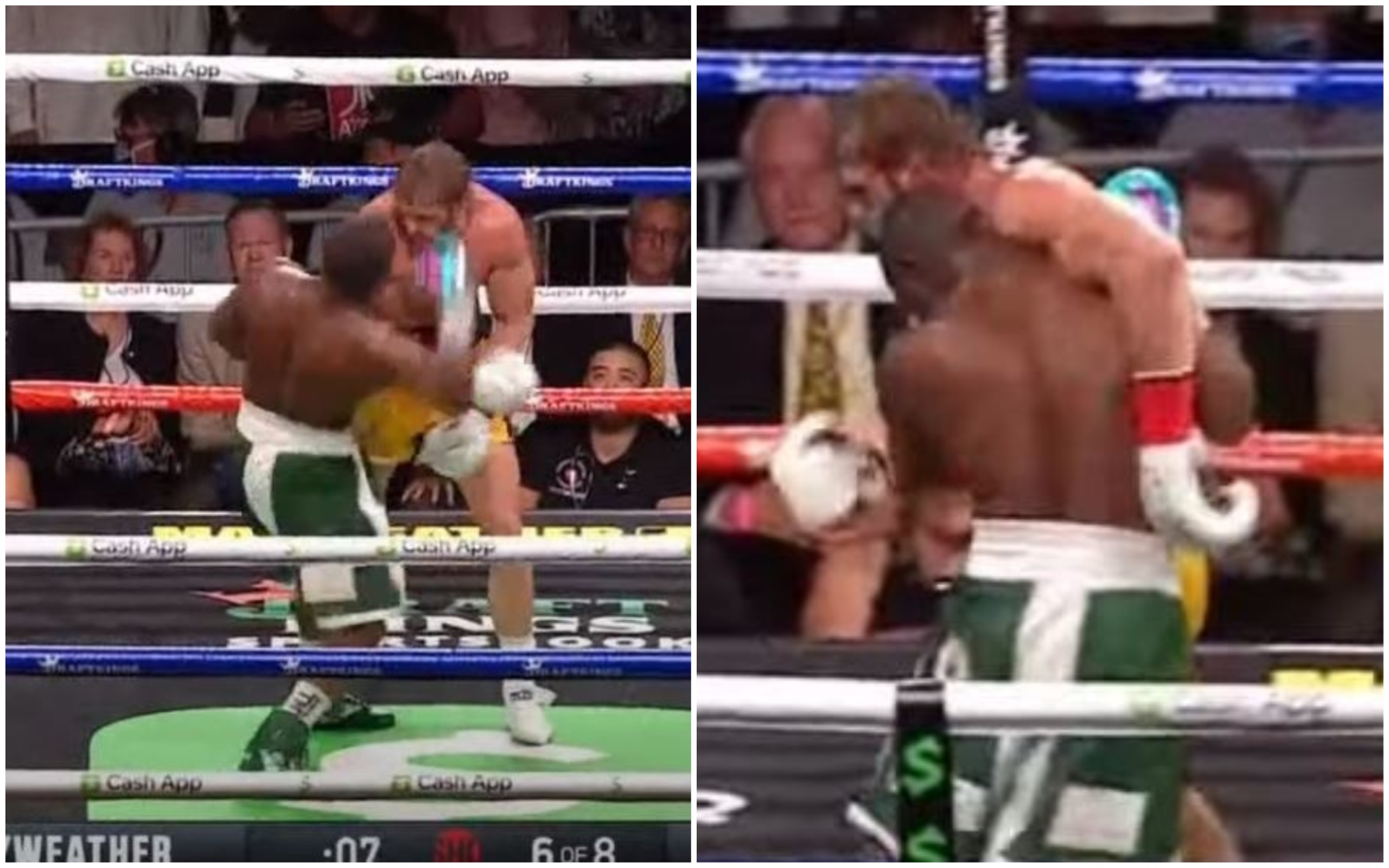 Logan Paul has dismissed suggestions Floyd Mayweather prevented him from hitting the canvas during his exhibition fight with the former world champion.

The YouTube star went the distance with one of the greatest boxers of all time in their eight-round contest in Miami in Sunday despite many predicting an easy win for Mayweather.

Some viewers however were convinced the 44-year-old had knocked out Paul in the sixth round with a counter right that caught the younger man flush.

Paul stumbled into Mayweather as his legs appeared to buckle with some adamant the former five-weight world champion kept his left hand on his opponent’s shoulder to stop him falling to the mat.

Specially stipulated rules dictated that the only way to win the fight was via knockout or referee’s decision with no winner declared as a result of it going the distance.

Paul however has hit back at claims he was going down in that sixth-round exchange.

‘There is one part of the fight where Floyd punched me and I kind of leaned on him a little bit and it looks like I kind of went limp.

‘And people are trying to spin it and say he knocked me out and caught me, kept me up to keep the fight going until the eighth round.

‘Make no mistake, he got a lot of good punches in, I got f****d up with a couple of shots. I didn’t know my face could make that shape.

‘But I was never rocked, never blacked out, obviously never got knocked out, he didn’t hold me up, he tried to take me out but he couldn’t. It was great.’