Nick Webb produced a stunning stoppage victory over Erik Pfeifer to earn a career-best victory on the Povetkin vs Whyte 2 bill in Gibraltar.

The British heavyweight came storming out in the opening round, troubling Pfeifer with an early barrage and then floored the accomplished German amateur on three occasions to secure victory.

Webb unloaded big right hands from the opening bell as Pfeifer was forced to hold, but he could not withstand the Chertsey man’s sustained aggression in the second round. 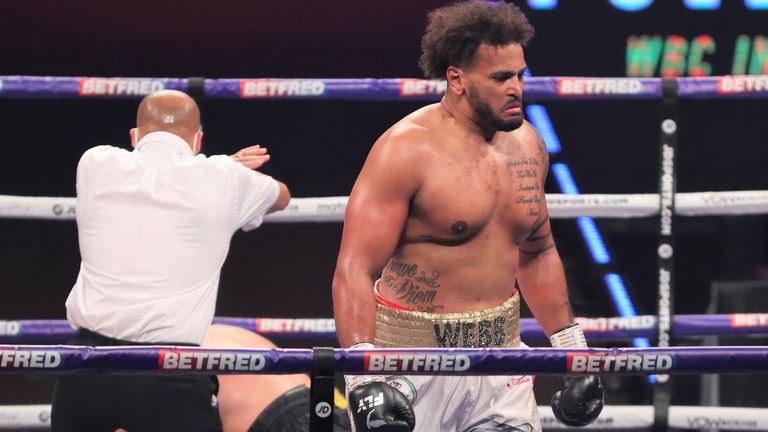 Clubbing shots sent Pfeifer toppling to the canvas and Webb sensed the end was near, dropping his dazed opponent twice more to prompt the referee to wave it off.

In the opening fight, Youssef Khoumari enhanced his reputation with a stylish stoppage victory over Kane Baker.

The 24-year-old super-featherweight broke down Baker’s defences, forcing the finish with a ruthless assault in the fifth round.

Watch Povetkin vs Whyte 2 on Saturday, live on Sky Sports Box Office, from 6pm. Book it via your Sky remote or book it online here. Even if you aren’t a Sky TV subscriber you can book and watch it here.

Charlie Edwards is hungry for title after finding the perfect nutrition