Manny Pacquiao has arrived in London ahead of his speeches at both the Oxford and Cambridge Unions.

The 39-year-old Filipino Senator and boxing legend will address those inside both esteemed universities on Monday and Tuesday.

He shared a post on Instagram with the caption: ‘Adventure awaits’, surrounded by an entourage of nine. 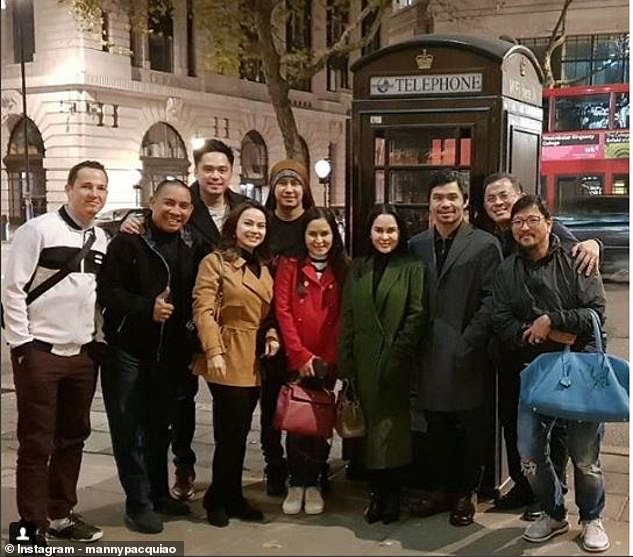 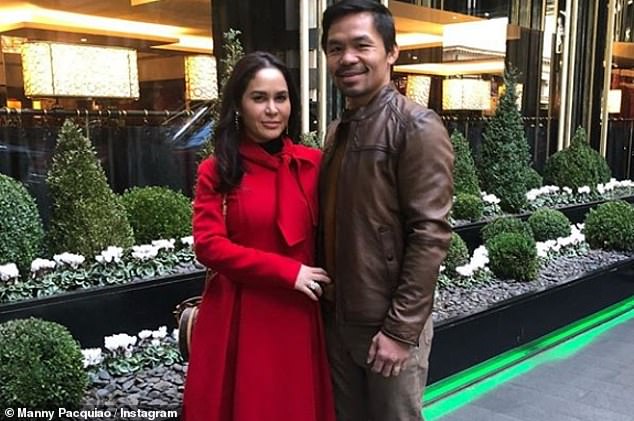 Pacquiao will join an illustrious list of historical figures to speak at the Unions such as Stephen Hawking, Margaret Thatcher and Theodore Roosevelt.

‘To be invited to these beacons of higher learning to speak to their students is indeed a tremendous honour,’ said Pacquiao.

‘I treasure moments like these where I can share my story and my culture, as well as exchange ideas, with the next generation of leaders.’

He later posted a photo with his wife Jinkee Pacquiao as the couple made their way to church on Sunday. 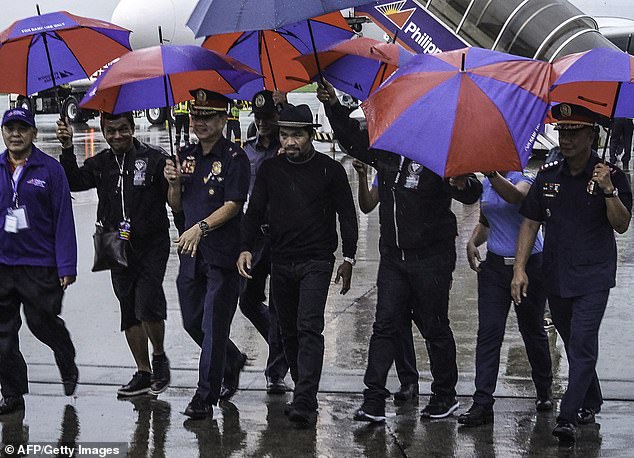 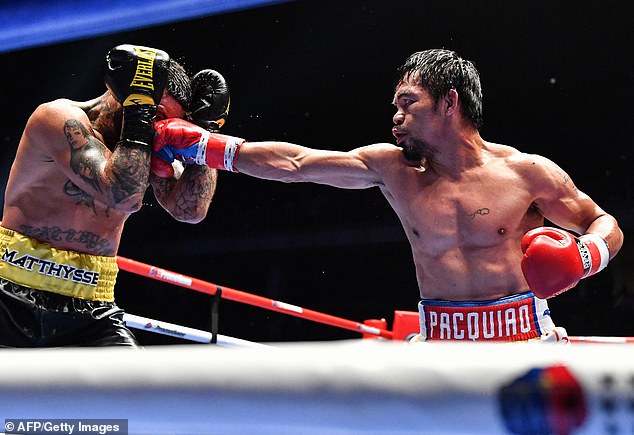 Pacquiao’s work as a politician runs in concurrence with his ongoing boxing career and the 60-7-2 fighter is plotting his next move in the ring.

He is expected to face Adrien Broner next January and a match-up with the American maverick could be followed by a highly lucrative rematch with Floyd Mayweather.

Despite Mayweather’s insistence that he has no interest in repeating the fight, his own ties with Haymon offer increased hope of a more fruitful negotiation, should both men seek another gargantuan payday.