Ramla Ali will make the successful transition from amateur to professional, according to trainer Joby Clayton.

Ali, who beat Eva Hubmayer on her debut in October, continues her burgeoning career in the pro ranks when she fights Bec Connolly over six rounds at the SSE Arena in Wembley on the undercard of Lawrence Okolie’s world title contest against Kryzsztof Glowacki this weekend, live on Sky Sports.

As an amateur, she became the first female Muslim boxer to win an English title before deciding to represent Somalia in 2017. 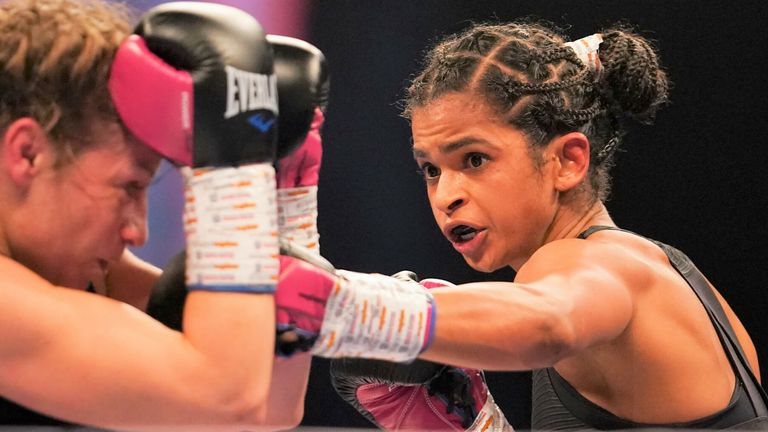 The featherweight was hoping to represent her country at the 2020 Olympic Games in Tokyo before the global pandemic intervened, and Clayton is confident she’ll harness that disappointment in the paid ranks.

“Ramla has all the ingredients necessary to become a very successful professional fighter,” he told Sky Sports.

“There aren’t that many key differences [between amateur and pro]. Ramla is a very technical fighter.

“Sometimes the Olympic boxers have unorthodox styles but Ramla is orthodox. It’s now about tweaking her footwork and slowing it down – making it efficient and effective.

“An Olympic fight is like a sprint, a professional boxing match is like a middle-distance run. I want Ramla to tell a story in her fight – an introduction, a middle part, and end. 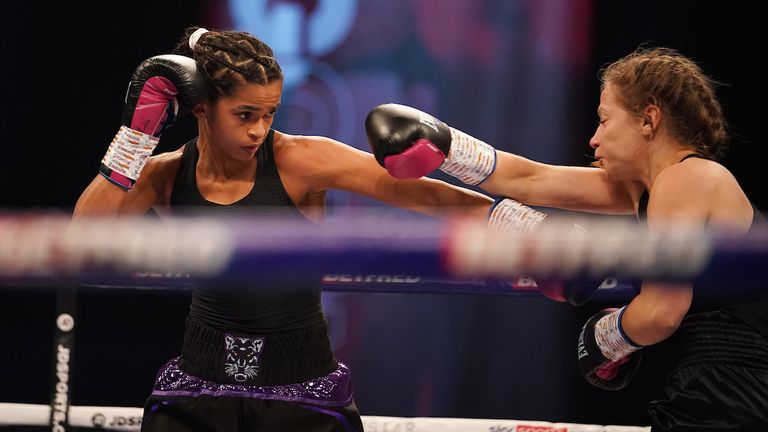 “I’m hoping to see a progression from the work that we did for her last performance. She is a work in progress but is going in the right direction.”

As a child, Ali and her family fled war-torn Somalia as refugees after her brother had already been killed.

Settling in London, she initially kept her boxing training a secret for fear her family would disapprove of the pastime for a Muslim girl.

She began boxing in her early teens and told her mother she was training for fitness, rather than contesting any bouts. 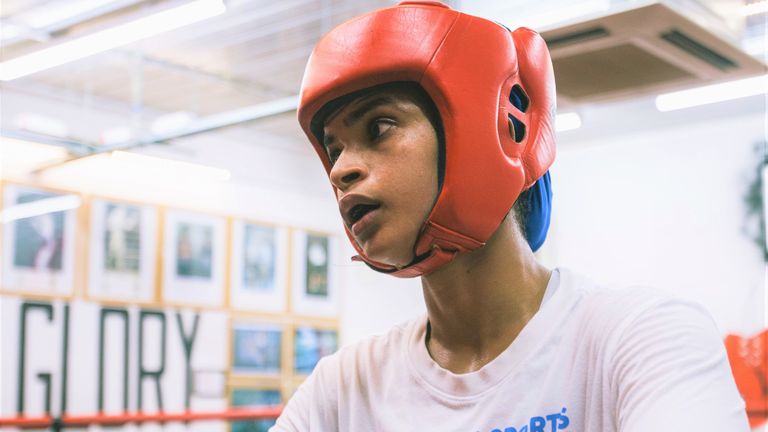 Her progress since then has been rapid; she’s signed to Anthony Joshua’s 258 Management label, and is trained by husband Richard Moore and Clayton at the BoxClever Gym in Ladbroke Grove, London.

“Her dedication, fortitude, spirit, intelligence. I’m blown away by her spirit,” Clayton added.

“I don’t know if that’s her nature or through her nurture. But she is a very spirited athlete.”

In the main event on Saturday, unbeaten Okolie faces his toughest challenge to date when he fights for the vacant WBO cruiserweight world title against former champion Glowacki.

Watch Lawrence Okolie vs Krzysztof Glowacki on Saturday, from 7pm on Sky Sports.