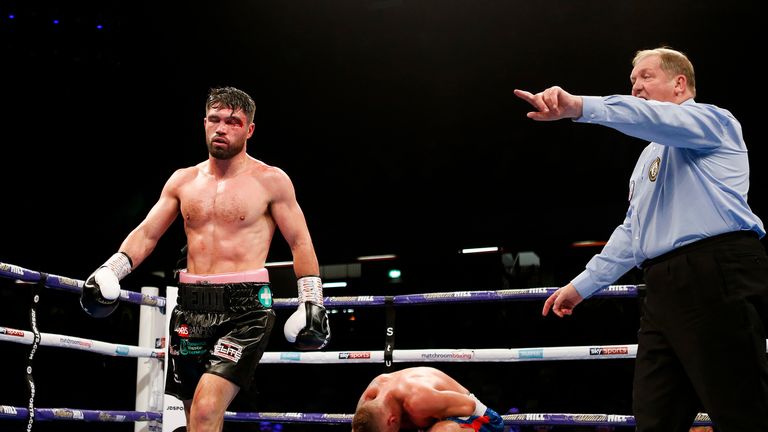 Ryder took his time but finally managed to break down and unlock the Sirotkin puzzle, claiming a seventh-round stoppage to win the final eliminator at the Copper Box Arena.

‘The Gorilla’ is now the next mandated challenger to Smith’s WBA ‘Super’ title and will hope to get his shot in 2019.

The contest started as a cagey affair, both men looking to find their range behind the jab, the Russian finding a home for the right hand, breaching the guard, to perhaps start the better. 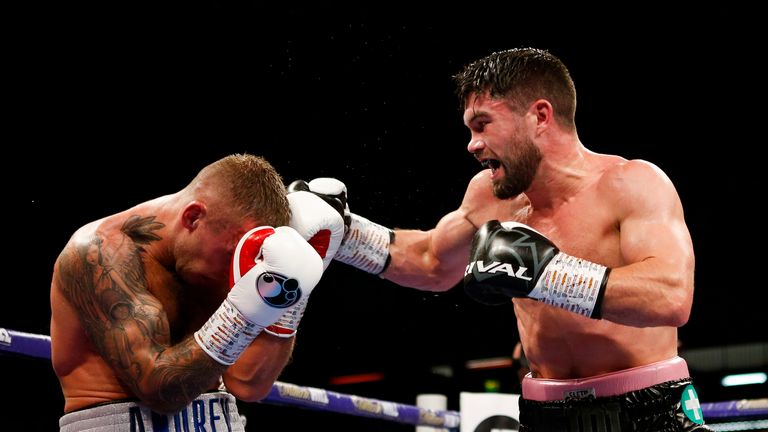 Ryder then stepped up the pressure in the next to land some crunching hooks, keeping well out of harm’s way, but Sirotkin was proving awkward and difficult to pin down.

The 33-year old Russian responded well and got on the front foot in the third, producing the better output, taking his attack from the head to the body, as Ryder, from Islington, struggled to get into range.

More success followed in the next periods, Sirotkin continuing to find a home for the right hand in what was becoming a difficult night’s work for the home favourite. 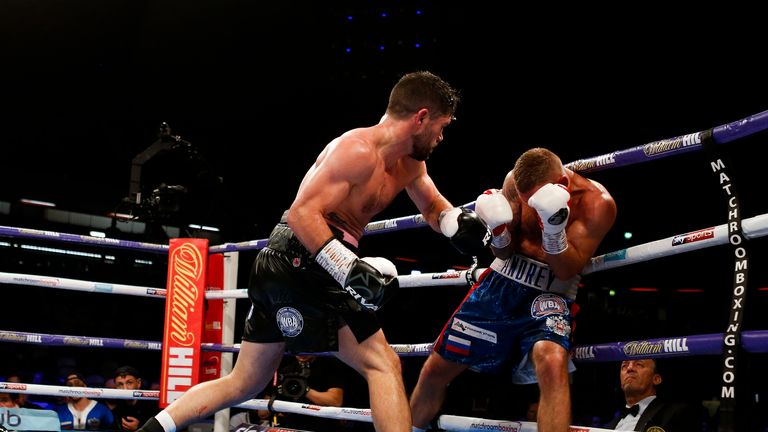 A bad cut in the sixth then only added to the problems as Ryder’s face bloodied, but it sparked the Londoner into life and he sent several blows crashing into the ribs.

Ryder resumed that body assault in the next period and an uppercut then hammered through his unbeaten foe’s guard before the Russian was bundled to the floor. Suddenly, looking laboured and out on his feet, Sirotkin had to take another brutal blow to the body that sent him down, grimacing and unable to beat the count.