Shannon Courtenay glared at Ebanie Bridges as the feuding rivals had a final face-off before their world title fight on the Benn vs Vargas bill.

The British contender has become embroiled in a fiery verbal battle with Bridges ahead of their WBA bantamweight title fight on the undercard of Conor Benn’s welterweight clash with Samuel Vargas this Saturday, live on Sky Sports.

Both fighters were under the 118lbs limit, with Bridges weighing in at 117lbs, while Courtenay was marginally heavier at 117lbs and 14oz. Australian Bridges has encouraged female fighters to “embrace femininity”, wearing bikinis at her weigh-ins, but Courtenay believes that isn’t how to be “a role model”.

Speaking at the press conference, Bridges said: “You are the biggest hypocrite. There are two reasons people are tuning into this fight – to see ‘the Blonde Bomber’ fight, and to see you get knocked out!”

On the same bill, Savannah Marshall makes the first defence of her WBO middleweight title against replacement opponent Maria Lindberg. 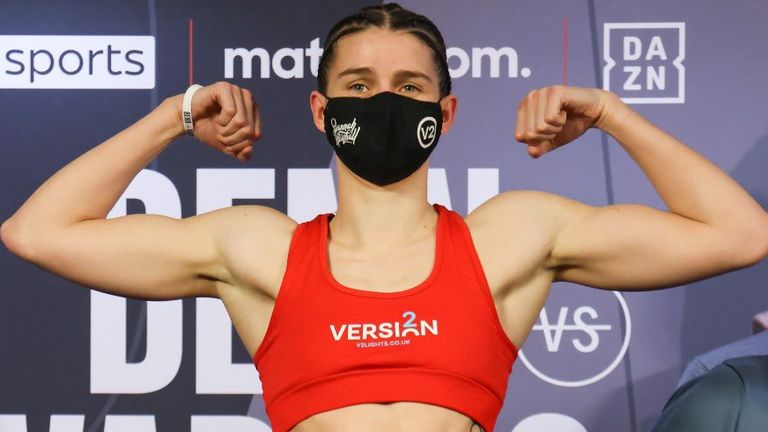 The Swede stepped in after original opponent Femke Hermans pulled out when a member of her training team tested positive for Covid-19.

Marshall, who impressively stopped Hannah Rankin to claim the belt, weighed 159lbs 6oz, inside the 160lbs limit, while Lindberg came in at 154lbs.