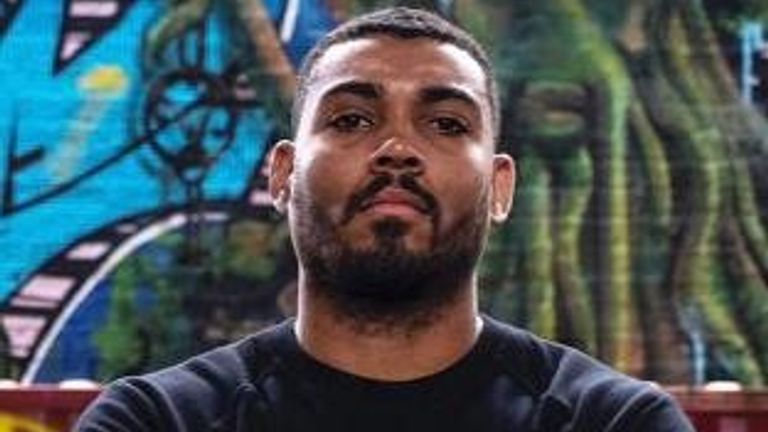 Solomon Dacres wants to emphatically begin his heavyweight journey by taking on Christopher Lovejoy, who boasts an impressive 19-0 record, in his first fight.

Dacres has turned pro with Eddie Hearn’s Matchroom and will fight for the first time on the undercard to Lawrence Okolie’s world title shot against Krzysztof Głowacki on March 20, live on Sky Sports.

Dacres, 27, is a former Team GB amateur standout who has experience of sparring Anthony Joshua, Joe Joyce and Daniel Dubois, so is asking for a tough first assignment in his pro career.

“I’ve told my management team [S-JAM Boxing] I want to make an instant impact and I think fighting someone with a 19-0 record and 19 KOs will do just that,” said Dacres.

“He came over last time to fight Dave Allen but the fight wasn’t able to materialise so let’s see if he’ll meet me in the ring on March 20.

“But let’s see if Eddie can make this fight as I am sure everyone will be interested to see it.”

Lovejoy expressed interest on social media, saying about Dacres’ manager Sam Jones: “It sounds like he wants to end his guy’s career before it starts.”

Not long to wait now…🙌 pic.twitter.com/sWrt9Tz38V

American contender Lovejoy is undefeated in 19 fights but an element of mystery surrounds his record.

Every one of his fights has been won via stoppage, 17 out of 19 inside the first round.

He is from California but every one of his fights has been in Tijuana, Mexico.

Only one of his former opponents had previously won more fights than they had lost.

Lovejoy signed to fight Allen but the fight fell through in the days prior.

Whyte slams 'coward' Dubois for 'quitting' in his defeat to Joyce