Boxing: Fury vows to crush Wilder as he thunders into punch bag

The 22-year-old’s sixth successive career victory came after earning a 40-36 verdict across four rounds against Grant.

Grant connected with a couple of aggressive right hands in the early stages of the fight before Fury took control of the battle.

He landed a straight right in the second before dealing damage with numerous punches in the third.

Despite taking a clubbing right hand in response, it did little to divert Fury’s path to the second points victory of his career. 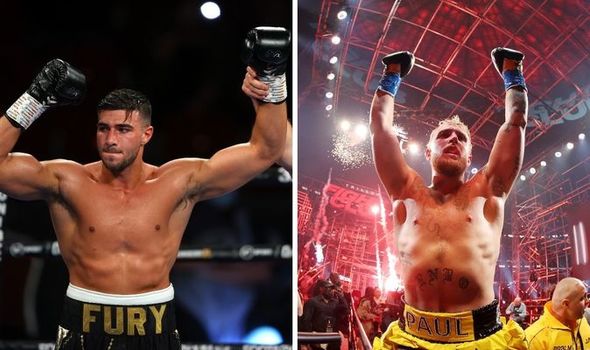 Fury, brother of Tyson Fury and son of John Fury, has engaged in a social media war with Jake Paul in recent months.

Paul has enjoyed a solid start to his professional boxing career after making the transition from YouTube, winning all three of his fights so far.

He has beaten fellow social media star AnEsonGib and former MMA athlete Ben Askren via TKO and knocked out ex-NBA ace Nate Robinson in between.

Speaking to BT Sport after his latest win, Tommy welcomed a future bout against Paul.

He said: “Whenever, come and get it!”

After watching his son, Tommy, extend his unbeaten record on Saturday, John Fury namedropped Paul and wished him well.

“At the end of the day, good luck to the geezer. Anyone who gets in the ring is a game man.”

He then raised his voice to warn Paul before challenging the American star to fight his son on the Tyson Fury v Deontay Wilder undercard on July 24.

“Jake Paul, we’ll have you next, mate. If you [Steve Bunce, interviewer] think he’s good, then we will take Jake Paul next. 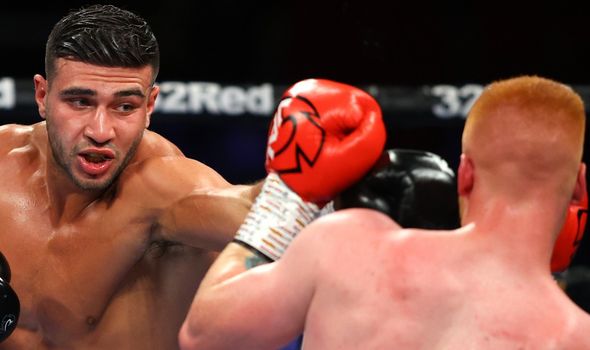 Paul faces the most formidable challenge of his boxing career yet on August 28 after agreeing to fight former UFC welterweight champion, Tyron Woodley.

With that in mind, a 2021 bout against Fury must be deemed unlikely despite the Brit’s apparent desire to get it signed off.

However, if there’s enough buzz in the aftermath of his fight against Woodley, Fury v Paul could become a reality.

Both stars have a widespread following on social media – Paul from YouTube, Fury from his appearance on reality TV show Love Island – which could be enough to tempt the former to take up the challenge.