‘Come out and fight like a man!’: Tyson Fury flies to ICELAND to confront former World’s Strongest Man and Game of Thrones actor Hafthor Bjornsson amid talks of exhibition bout – but ends up going to the pub with dad John because ‘Thor’ is in Rome!

Tyson Fury has sensationally flown to Iceland to challenge strongman Hafthor Bjornsson in person – but went to the pub after finding out he was in a different country.

The WBC heavyweight champion boxer, 33, travelled to the Nordic island, where former World’s Strongest Man and Game of Thrones actor Bjornsson is based.

But with ‘Thor’ in Rome filming a new movie, undefeated Brit Fury (32-0-1) put on a Viking hat, called Bjornsson out before sinking beers with dad John and friend Spencer Brown. 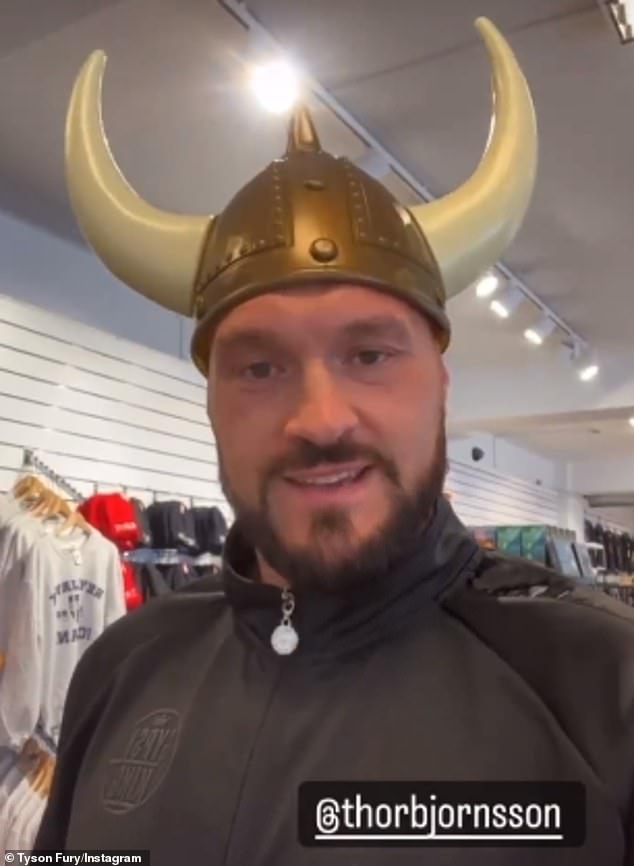 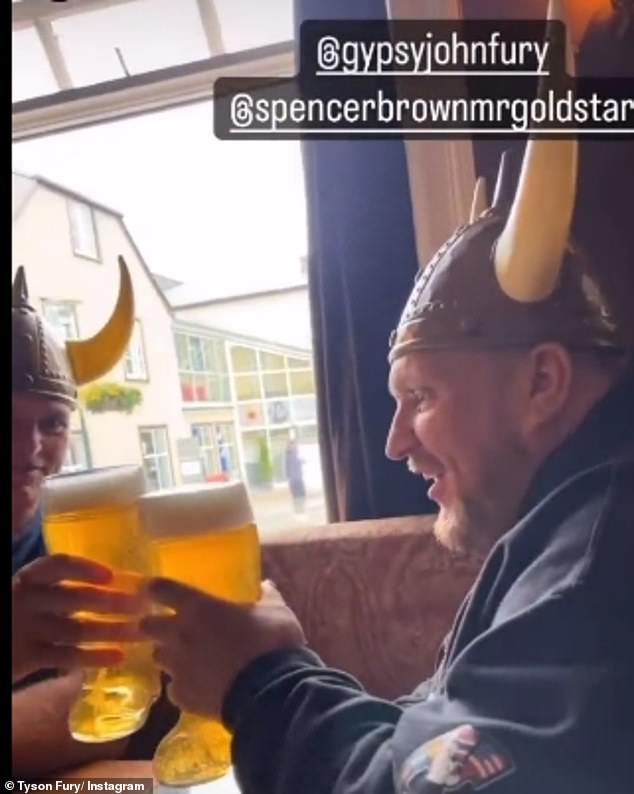 He said: ‘You know where we are guys: Iceland. And you know what we’re doing here: we’re looking for ‘Thor’. Come out and fight like a man!

‘We came to Iceland to fight Thor. He’s not here. So now Thor, if you want any smoke from the Gypsy King, you’re going to have to come to Morecambe Bay and find me.

‘Thor, considering you’re not here, you’ve left Iceland – to me, I’m the new Viking. I own the place now, it’s mine. So Dad, we’re the new Vikings around here, aren’t we!’, with John replying: ‘Yeah we’ve run them out of town, haven’t we son.’

The Instagram video then cuts to Fury in a pub with John and Brown holding giant glasses of beer, where he adds: ‘Now boys, welcome to Iceland! Ragnar Ragnarsson.’ 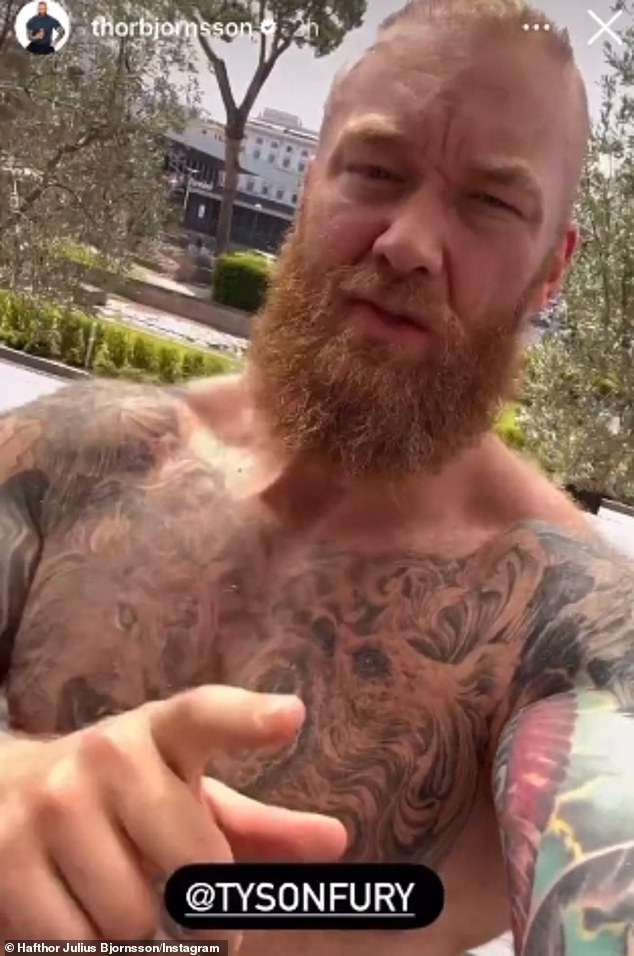 ‘Thor’ then bit back on Instagram, urging Fury’s team to ‘get serious’ and ‘send him a contract’ 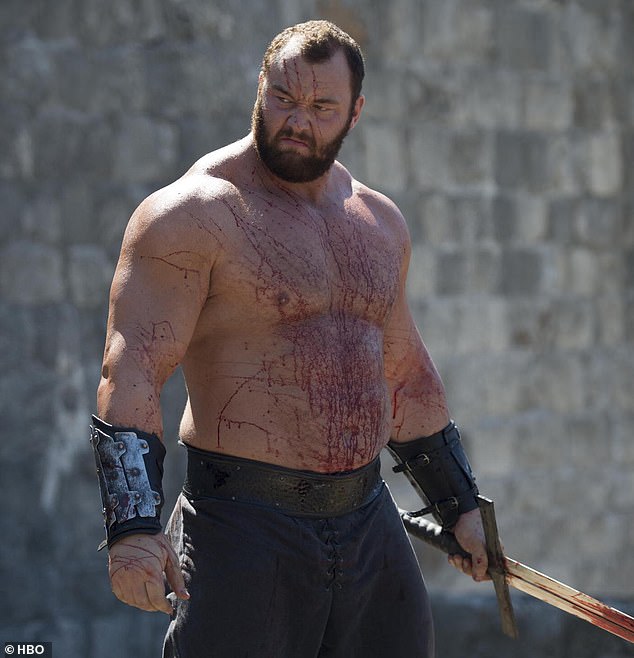 The 6ft 9ins Icelander, undefeated in his four boxing bouts, was in TV show Game of Thrones

Bjornsson, who is the only person to win the Arnold Strongman Classic, Europe’s Strongest Man and World’s Strongest Man awards in the same calendar year, is undefeated in his four boxing matches, beating Brit Eddie Hall in Dubai in March.

‘The Mountain’ then replied on his social media account: ‘I’m currently in Rome, filming a movie, loving life and guess what? Tyson Fury is in Iceland, he tried to find me, couldn’t find me because apparently I’m not there!

‘But Tyson, if your team is serious, if you’re serious about fighting me, have your team send me a contract, let’s get serious. I’ll find you! I’ll come to you, I’ll find you, no worries.’

On Thursday, supposedly retired star Fury hinted his proposed ‘comeback’, a trilogy fight with compatriot Derek Chisora, was off after ‘War’ asked for more money.

Joshua vs Ruiz Jr: Dillian Whyte warns Anthony Joshua he is closing the gap in class with every fight