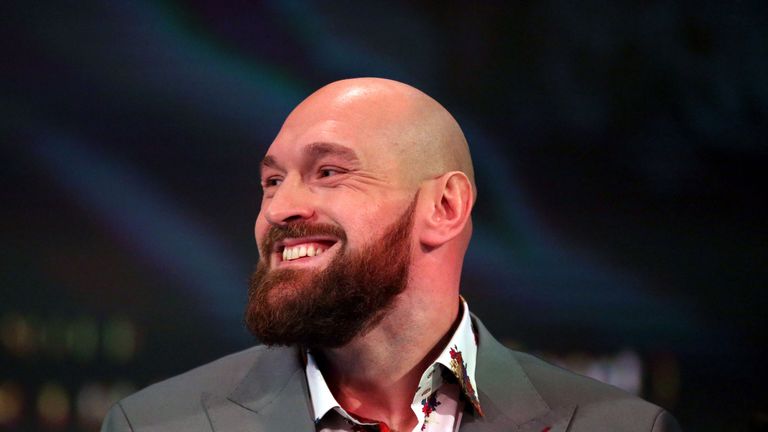 Tyson Fury is pleased with his progression ahead of his Las Vegas showdown with Deontay Wilder.

Former heavyweight champion Fury is set to meet Wilder on December 1, and has changed training camp in order to up his regime.

Team Fury have decamped to the Big Bear summit camp in California, and the 30-year-old says he is relishing the challenge before him.

“Everything is going well in Big Bear, there aren’t many distractions up there. The air is clean, thin, cold, it’s very hard training,” he said at a media workout in Los Angeles.

“I’m enjoying every minute and it’s going to prepare me well. “I have had great sparring, I am getting great work and have other guys coming in next week. I am preparing very well.

Fury explained his reasoning for moving over to the United States and says he has benefitted as a result despite initial difficulties.

“Training at altitude has been very hard. The air is thin and it’s hard to breathe. I came over here and was already very fit, could fight 12 rounds on the pads, no problem. Here, I am tired after three or four rounds,” he added.

“The main reason I came (to America to train) was because it’s on the same time zone. It’s very important. It’s a massive advantage and if I can get it right, I’ll feel great.

“I have been here three weeks and am waking up at 7am, 8am. When I first got here I was waking up at 4.30am and wandering around all morning waiting to do stuff.”