Andy Ruiz Jr thinks the pressure is all on Anthony Joshua to win back his world title belts this weekend, and he admits that finding the knockout blow will be more difficult than in the first fight. But the Mexican also knows that he can cause Joshua problems in Saudi Arabia this weekend.

Andy Ruiz Jr is preparing for his high-profile rematch against Anthony Joshua on Saturday (December 7), in Saudi Arabia.

But, Ruiz is expecting another tough fight against AJ this weekend, and he admits it may be harder for him to come away with a win than during the first fight.

He’ll have to show all of his best boxing skills to beat Joshua in Diriyah, while also being at the very top of his game, he said. 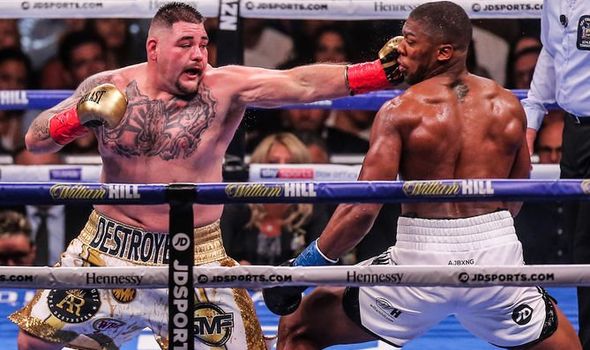 “One punch can change the fight,” said Ruiz Jr, ahead of the clash. “That’s what happened on June 1.

“It might be a little harder than the first time. I’ve got to show my skills, my talent.

“We’ve got to see where he’s at, because all the pressure is on him. The pressure isn’t on me because I followed my dream, made my dreams come true.

“Of course I want more though – I want the legacy of Andy Ruiz Jr.”

But, the Mexican also knows that Joshua appears to struggle against his style of boxing.

Even before Ruiz’s famous victory over AJ earlier this year, he claimed that Joshua would always have been his preferred choice of fight out of ‘the big three’ – which also includes Tyson Fury and Deontay Wilder.

“I felt like I was boxing him around even though I was the shorter guy. 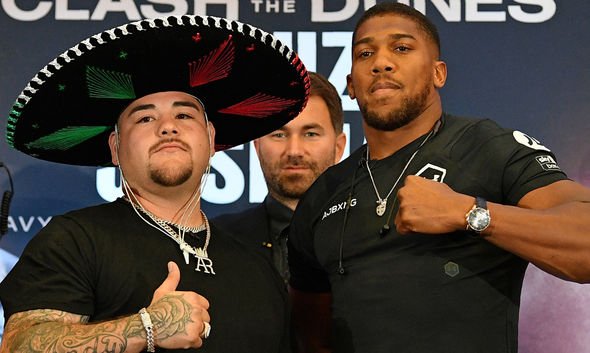 “I was counter-punching him. When he would throw, I would throw back with more punches.

“He saw something that he’s never seen before. People said before, who would you rather fight: Joshua, Deontay Wilder or Tyson Fury?

“I always said Joshua because of his style. Styles make fights.

“His style was perfect for me to become the unified heavyweight champion.”

In June, Joshua was stopped by Ruiz in the seventh round in New York City.

AJ was a 1-25 favourite heading into the clash, having won all of his 22 fights to date; 21 of which were by knockout.

But, Ruiz had only lost once in his 34 fights before the Joshua bout, and has never been knocked out.

His only defeat came by a split decision against Joseph Parker in 2016, and the final result is still hotly disputed.

The youngest ever world heavyweight champions as Daniel Dubois closes in