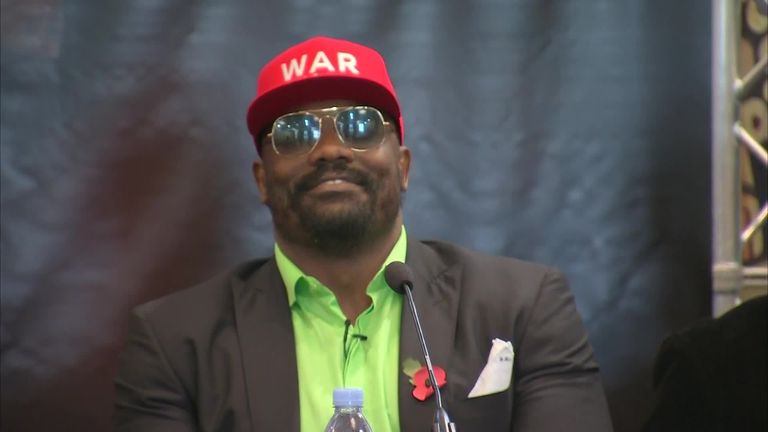 Dillian Whyte laughed off threats from Dereck Chisora and his new manager David Haye at a tense press conference on Thursday.

Heavyweights Whyte and Chisora were quick to renew their rivalry upon the announcement of a rematch on December 22, live on Sky Sports Box Office, and joked about again flipping a table across the room as they infamously did two years ago. 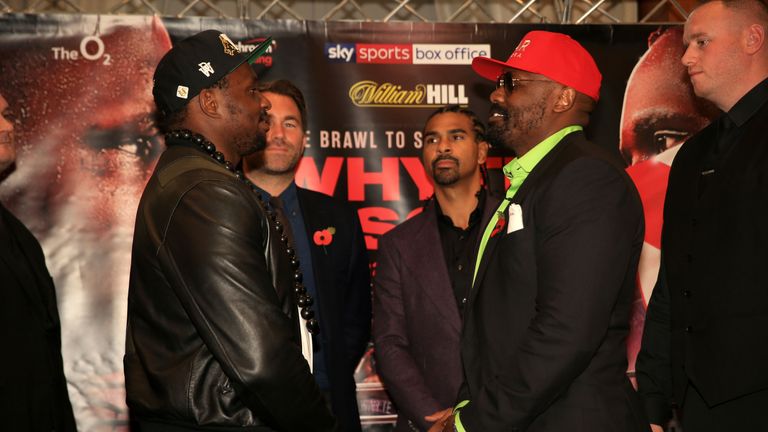 Whyte, who won the first fight via split decision, called Chisora a “donkey” then said: “You can’t intimidate me Dereck, I’m not scared. You threw a table and it didn’t bother me.

“There’s not an ounce of fear here. I have a bit of respect, I’m an animal lover.”

Chisora looked across the table and said: “There are not enough men here to hold me back, if you get personal,” but Whyte erupted with laughter.

Whyte was again laughing when Haye, who has recently been named the manager of Chisora, claimed: “Chisora will show something that he’s never shown.

“I don’t want to scare anyone but this guy has untapped reserves.” 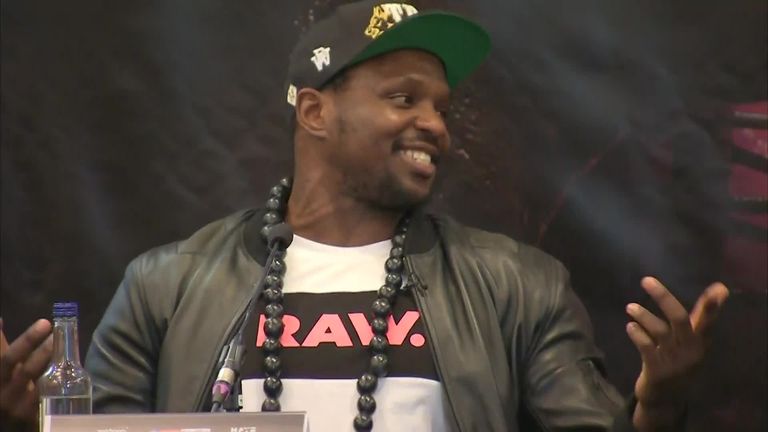 The allure of an April 13 date at Wembley Stadium opposite world heavyweight champion Anthony Joshua looms, and Whyte claimed that he has already risked a shot at the top prize by accepting difficult fights.

Chisora disagreed, saying: “The guy from Australia? I knocked out Lucas Browne [in sparring] wearing 22oz gloves. He wasn’t a risk.

The new alliance between Chisora and Haye, who fought in a bad-tempered bout in 2012 won by the latter, was also the source of ridicule by Whyte.

“Dereck is the real definition of a donkey, he teamed up with David and got a worse deal,” Whyte said. “Why would you go and give David 25 per cent of your money?

“Maybe David will give you emotional support.”

Chisora replied: “David will hold my hand on the way to the ring!” Before their first face-off since prior to the initial match-up in December 2016, Whyte and Chisora’s respective trainers Mark Tibbs and Don Charles exchanged angry words.

“It makes me a happy man that there is a compassionate person in Dereck’s corner,” Tibbs said.

“Mark, remember your words,” Charles replied. “I am old school. What you have said will bite you on your backside.”

Promoter Eddie Hearn reflected: “It’s always mellow until Chisora loses his rag. I could just see his neck starting to go a couple of times.

“Whyte deserves his credit, he wants to stake his claim for the Joshua fight.” 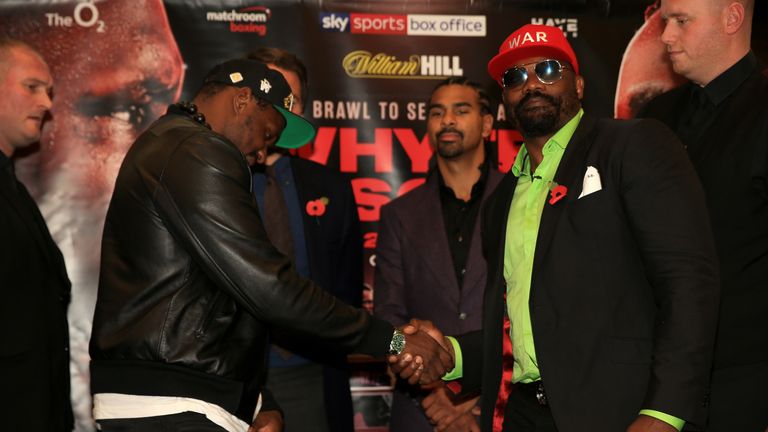 Whyte vs Povetkin: The truth about Tyson Fury-Dillian Whyte sparring