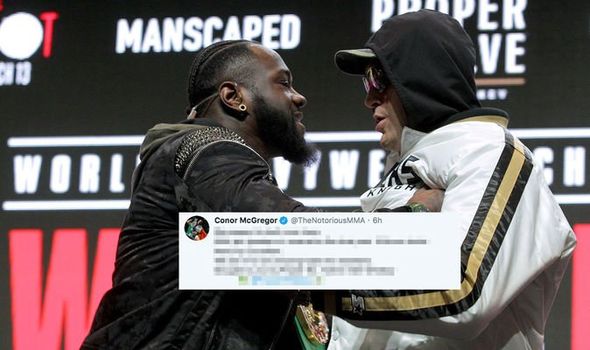 UFC superstar Conor McGregor has had his say on the near brawl between Deontay Wilder and Tyson Fury. Wilder and Fury went face-to-face with one another last night at the final pre-fight press conference before their eagerly-anticipated rematch early on Sunday morning.

As expected, the undefeated heavyweights promptly began trading verbal jabs with one another, with Fury repeatedly branding the defending WBC champion a “dosser”.

Wilder soon grew unhappy with the challenger getting in his face and began lightly ushering the former unified heavyweight champion out of his way.

Fury took that as an extra invitation to further walk into Wilder, who reacted by pushing ‘The Gypsy King’.

Not one to let anyone outdo him, Fury returned fire with a shove of his own before security stepped in and stopped the situation from escalating. 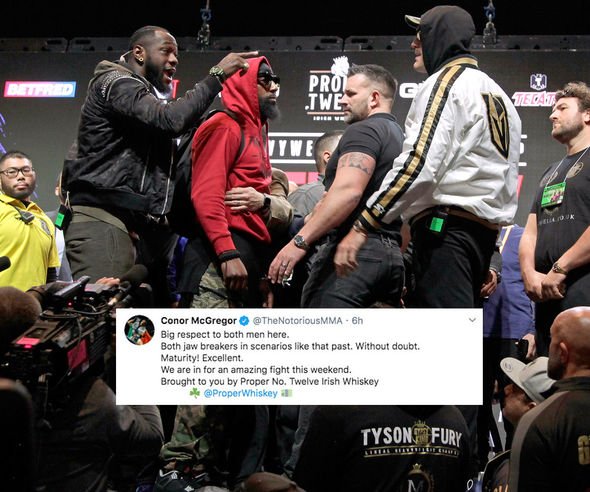 Big respect to both men here. Both jawbreakers in scenarios like that past.

Among the interested observers of the final pre-fight press conference and the near brawl that proceeded was former UFC featherweight and lightweight king McGregor, who gave his thoughts on the incident on Twitter.

“Big respect to both men here,” tweeted the Irishman. “Both jawbreakers in scenarios like that past. Without doubt.

“Maturity! Excellent. We are in for an amazing fight this weekend.”

McGregor, like many others, is looking forward to the pair’s eagerly-anticipated rematch, which has been over 14 months in the making.

Deontay Wilder reveals he considered shooting himself as a teenager

He said: “I am very excited for the heavyweight fight this weekend!”

Wilder and Fury’s second meeting will be a rematch of their 2018 classic, which was controversially scored a split draw.

Fury remarkably survived knockdowns in the ninth and 12th rounds to become only the second fighter to take Wilder the distance.

The lineal heavyweight champion has vowed not to leave his second showdown with ‘The Bronze Bomber’ in the hands of the judges, saying: “I will put everything on it — you are going down. 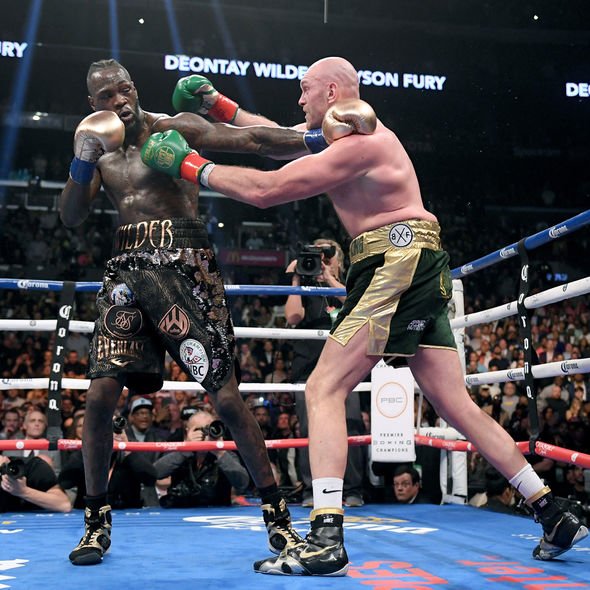 “I got straight up twice after you hit me with your best shots.

“You are terrified, your little knees are knocking. When I shoved you across the ring, you flew like a featherweight.

“Keep that belt warm for me, get it polished for me. I am going to punch your face right in and laugh at you.

“You had to rob me in the first fight when I was training like a dosser. I am going to pop you like a balloon.”