‘I’ll shock a lot of people’: Anthony Yarde is ‘quite confident’ of beating Artur Beterbiev in world title fight despite the Russian-Canadian knocking out Joe Smith Jr inside two rounds to win world light-heavyweight unification bout

Anthony Yarde is expected to be handed a second shot at a light-heavyweight world title against Artur Beterbiev, who demolished Joe Smith Smith Jr inside two rounds on Saturday night.

Beterbiev, who already had the WBC and IBF belts to his name, claimed the WBO title following a one-sided contest at Madison Square Garden.

The Russian-born Canadian, 37, knocked down Smith Jr on three occasions before the before the fight was stopped with just over 40 seconds of round two left. 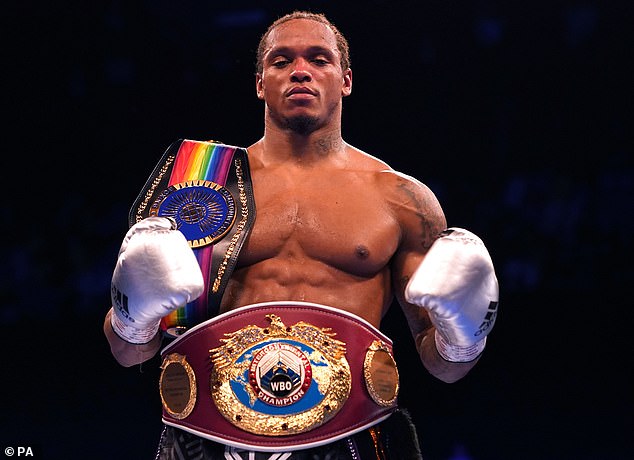 Anthony Yarde, 30, is expected to be handed a second shot at a light-heavyweight world title

His professional record now stands at 18-0, with all of those victories coming by knockout.

Yarde, who is the WBO’s mandatory challenger to Beterbiev, was ringside in New York and told reporters after the fight that he would be confident of victory in a world title bout.

‘Beterbiev is coming to London, we are going to make it happen,’ the Brit said. ‘I think it’s going to be very very exciting, this is what I’m in the sport for.

‘It’s a lot of money but where I come from, I see it as opportunity to try and make a legacy. Money runs out but legacy lives on forever. The preparation will begin intensely as soon as I get back to London. I’ll shock a lot of people. I’m quite confident. 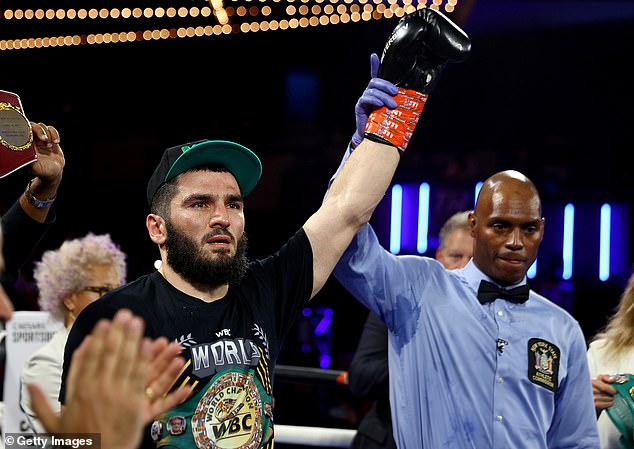 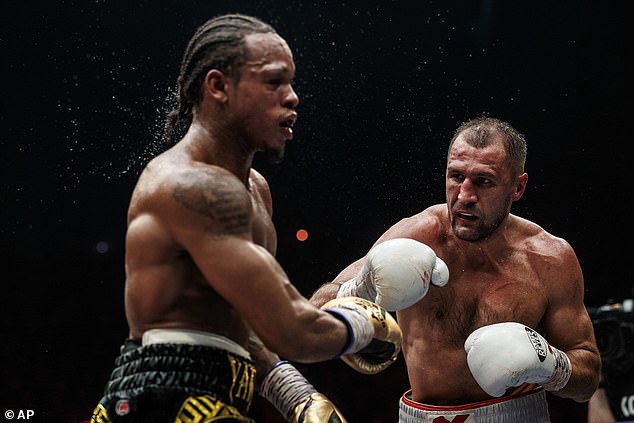 ‘He showed what he is – very strong and a good power puncher. Smith’s tactics played into the hands of Beterbiev. He could have gone in with more confidence, more jabs and more footwork.

‘The key to beating Beterbiev is to be sharper, quicker, more intelligent and we’ll see on fight night. From what I saw today, he’s a heavy hitter but he was just swinging shots over the top. As you’ve seen in boxing time and time again, the punch that hurts the most, is the punch you don’t see. To me, they both looked slow.’

Yarde’s most recent fight was a fourth round knockout win over Lyndon Arthur in December last year and his professional record stands at 22-2. 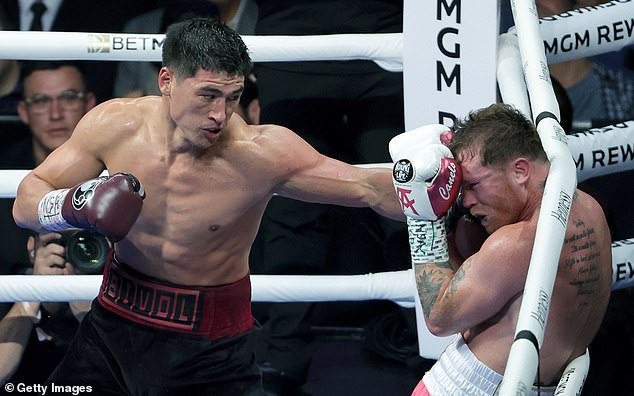 Beterbiev is more keen on a unification fight with Dmitry Bivol, who beat Canelo Alvarez in May

The 30-year-old’s first shot at a world title ended in defeat to then WBO champion Sergey Kovalev in 2019.

However, Beterbiev appears more interested in a unification fight with WBA champion Dmitry Bivol, who shocked the world with a win by decision over Mexican superstar Canelo Alvarez last month.

Benn vs Formella: The Benns, Eubanks, Durans, Rahmans – why sons follow fathers into the ring