Bradley Wiggins has called on cycling to adopt athletics-style sprint lanes to end the kind of high-speed crashes that left Fabio Jakobsen with life-threatening injuries.

Wiggins branded the UCI “ridiculous” for issuing a statement condemning Dylan Groenewegen for drifting into Jakobsen’s path ahead of the crash in Wednesday’s opening stage at the Tour of Poland.

Britain’s most-decorated Olympian has hit out at cycling’s world governing body, demanding “compassion” for Groenewegen in the wake of the sport’s latest horror crash.

Dutch rider Jakobsen faces an arduous journey back to full health having been awoken from a medically-induced coma on Friday, leaving eight-time Olympic medal winner Wiggins to call for change in the sport.

“For the protection of the sport I instantly thought of a 100 metres race in athletics and the lanes,” Wiggins told Eurosport. 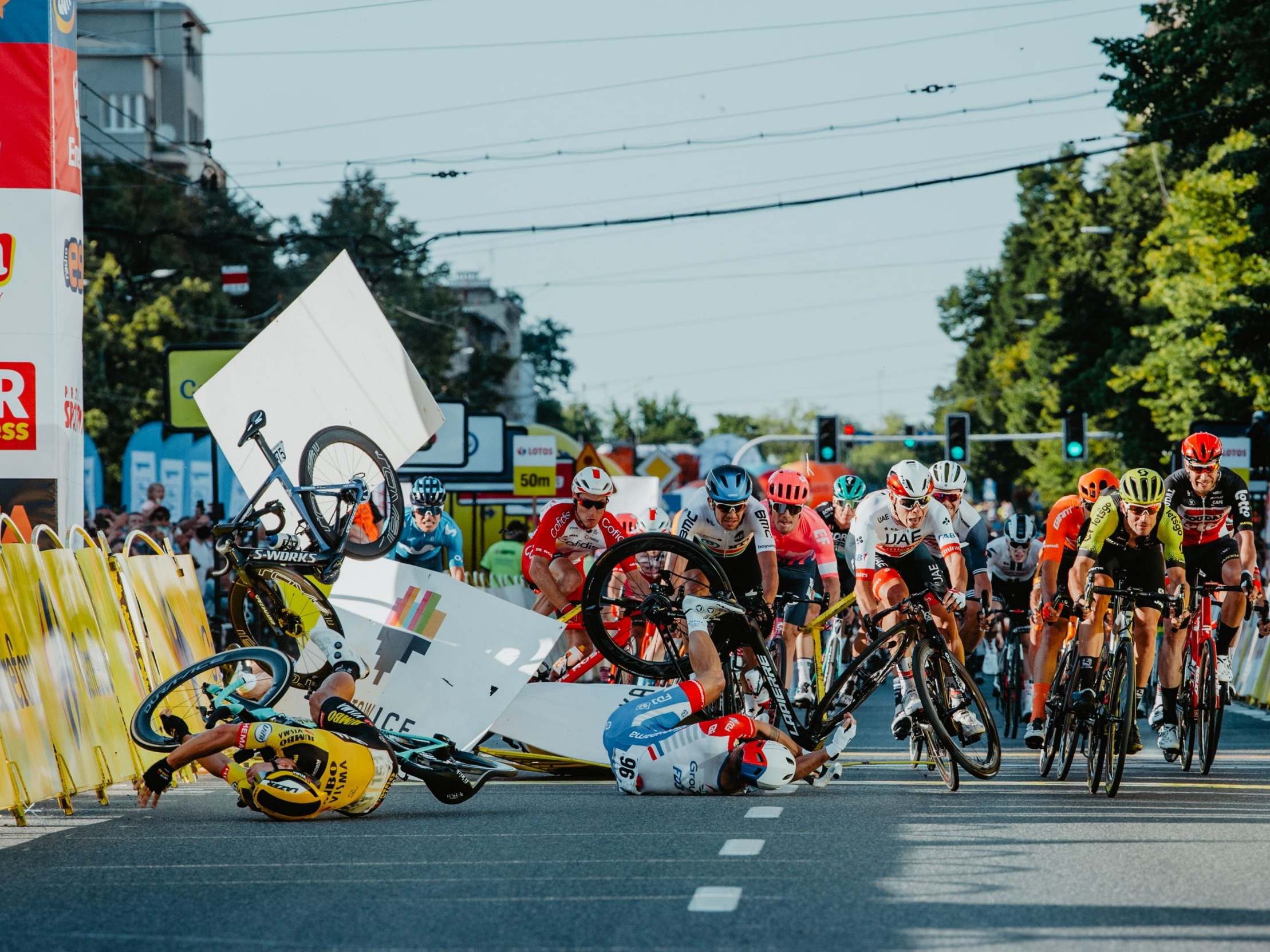 “Lots of sprinters sprint with their head down looking five metres ahead and are constantly aware of riders coming up and sometimes you can tend to drift when you’re just looking that way and naturally drift slightly as Groenewegen did.

“Some sort of markings on a road systematically in every race for the last 50 metres even, so you’ve got some bearing…If you’re sprinting, a lot of riders don’t do it intentionally, it’s a natural instinct when someone’s coming either side of you, and, if you’re aware of seeing lines crossing under your wheel as you go you’re realising, ‘I’m going to get disqualified’, you may back off.

“It might not work but it’s the only thing I can think of when you’re flat-out sprinting and you’re conscious of riders coming up and looking at the line that you’re not drifting and not potentially going to impact and cause a crash of this nature.

“But something needs to be done rather than just disqualifying riders.

“Groenewegen has now got to live with the consequences of that because it’s bike racing and no one in the professional peloton intentionally goes out to do that to a rider.”

Groenewegen apologised for his actions on Twitter and was later disqualified despite crossing the line in first place.

The UCI deemed Groenewegen’s actions “dangerous” and “unacceptable” in a strong statement, but Wiggins criticised the governing body’s rush to judgement ahead of a full investigation. 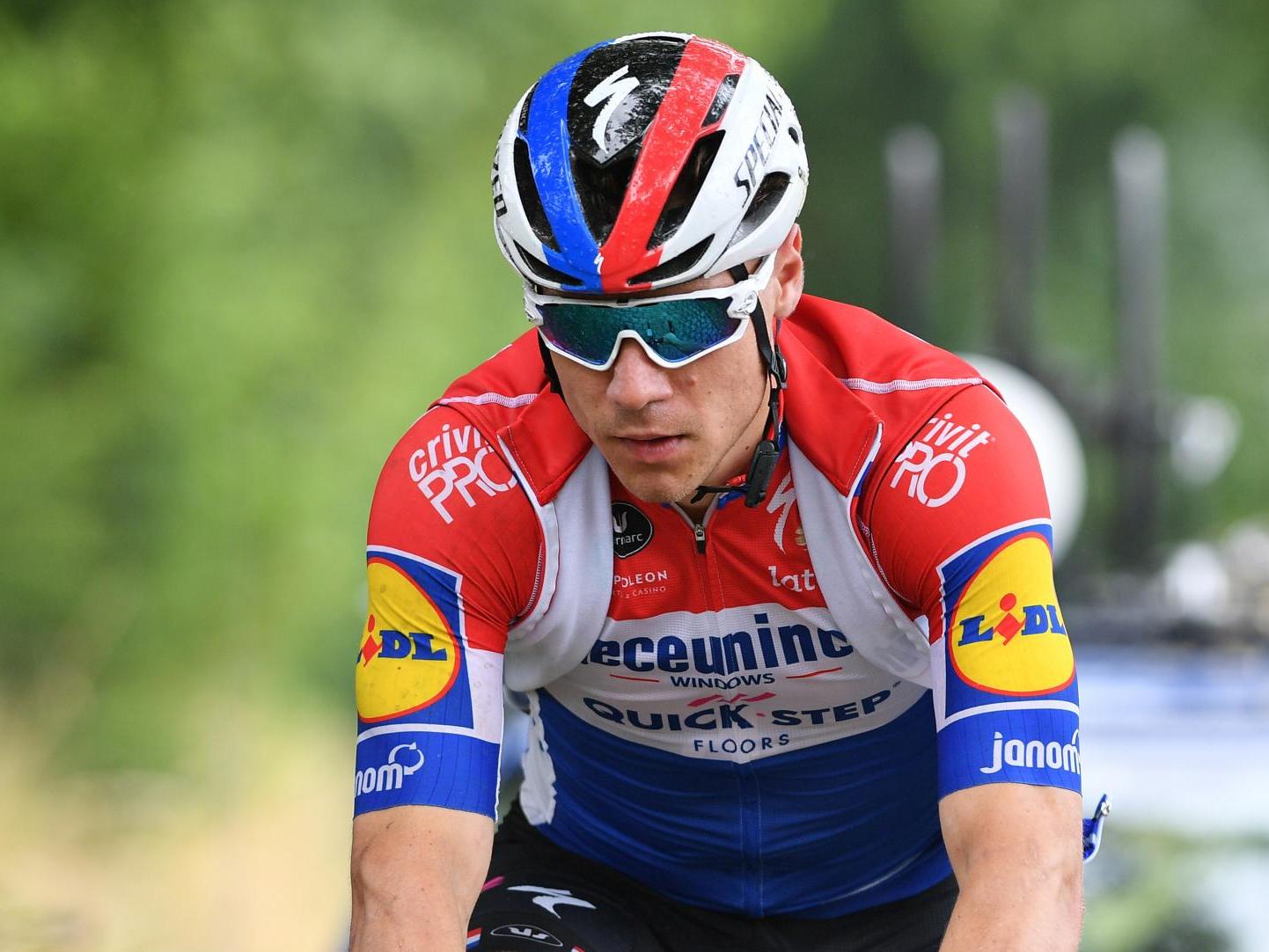 “The UCI need to do one on that if I’m honest because how do you think he feels?” said Wiggins.

“He might not race again because of the trauma and tragedy of what he’s done and the self-loathing he feels of doing that because he didn’t do it intentionally.

“Let’s worry about whether he ever races again or what suspension he gets.

“Let’s wait for a couple of weeks’ time. The UCI acting on it straight away, I’d be more worried about doing something to reduce this from ever happening again.

“These are peoples’ lives here and I just think let the dust little, let these two people come to terms with what’s happened, let one guy get back to full health. How about a bit of empathy and a bit of sympathy from the UCI before they start wading in with this and that?

“The statement is just ridiculous, as if he doesn’t feel bad enough.

“If Groenewegen comes back and raced eventually, however many months when the dust has settled, whether it’s next year, I hope there’s some compassion towards him.

“He’s clearly upset about what’s happened and that’s where the cycling world, the peloton should embrace him and say, ‘Most riders would have done the same in that sprint finish’, and stick an arm round him.

“Hopefully Jakobsen makes a full recovery, whether he races or not is irrelevant at this stage. But just get back to full health and the person he was before he lined up that day.”

Born into poverty, Tour champ Bernal learned to ride on a hand-me-down