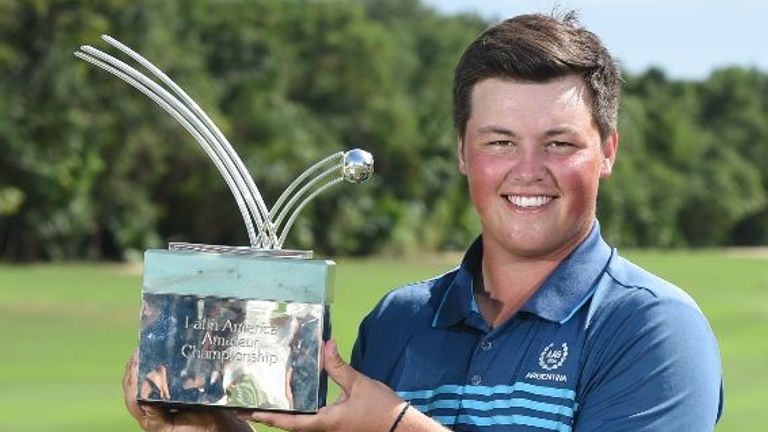 Teenager Abel Gallegos earned himself trips to the Masters and The Open with an impressive victory at the Latin America Amateur Championship.

The 17-year-old from Argentina overturned a two-stroke deficit on the final day at El Camaleon Golf Club to post a four-under 67 and register a four-shot win.

Gallegos raced ahead with three birdies in his opening seven holes and added another at the par-three 11th, only to bounce back from a bogey at the 15th to complete victory with a final-hole gain.

“It was an amazing day,” Gallegos said. “It was difficult to get up in the morning, knowing I had all this pressure. When I woke up, I stood up, I looked at myself in the mirror and I said, ‘You can do this. Let’s do it.'”