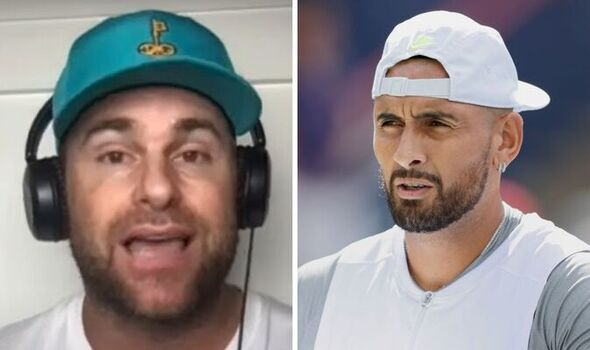 Nick Kyrgios is the only player on the ATP Tour “who can compare” to Novak Djokovic, Roger Federer and Rafael Nadal in their prime, according to Andy Roddick, but the American still feels this year’s Wimbledon finalist will “explode” at any moment. Kyrgios is arguably the most in-form player on the ATP Tour and he proved that with an excellent win over world No 1 Daniil Medvedev on Wednesday evening.

Kyrgios reached a Grand Slam final for the first time in his career at Wimbledon and returned to action last week to win both the singles and doubles titles at the Citi Open. With little time to rest and recover, Kyrgios is back in action at the Montreal Masters where his first-round win over Sebastian Baez set up a fascinating clash with Medvedev.

The Russian tennis star has also been in excellent form since returning to the tour after being banned from playing at Wimbledon. And the world No 1 took the opening set against Kyrgios on Wednesday evening, but the Aussie forced a third set where he soon took control.

Kyrgios went on to win what was his 14th match from his last 15 on and just the second time in his career he’s beaten a player ranked No 1 in the world. He now faces Alex de Minaur in the next round where a win will make him a seeded player for the US Open later this month. 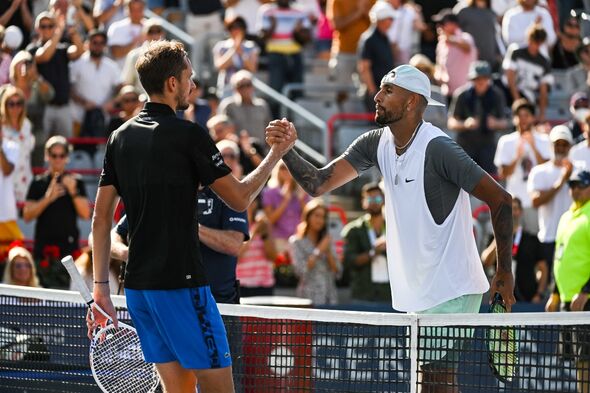 Roddick doesn’t feel there are many players who can stop Kyrgios in this kind of form. But the 2003 US Open champion also fears that Kyrgios is a “time bomb” and could explode at any given moment.

“If we’re just going off balls and strikes here, Kyrgios is just playing at a completely other level,” Roddick said on Tennis Channel. “He has options. We’re talking about is he going to come in non-stop? Is he going to stay back?

“Whatever De Minaur does, I think Kyrgios is able to adjust. He has that amount of variety. Just on physical ability, I think he’s the only guy who can compare to the ‘Big Three’ of this generation.

“But I still don’t know is he gonna explode? He’s played a lot of tennis. Is it just a time bomb? Aussie on Aussie, sometimes it’s weird when you play your friends.

“I have a hard time betting against Nick Kyrgios right now. I actually have faith in him staying the course for the first time ever. He’ll probably ruin it for me and I’ll look like a big dummy but who knows.”