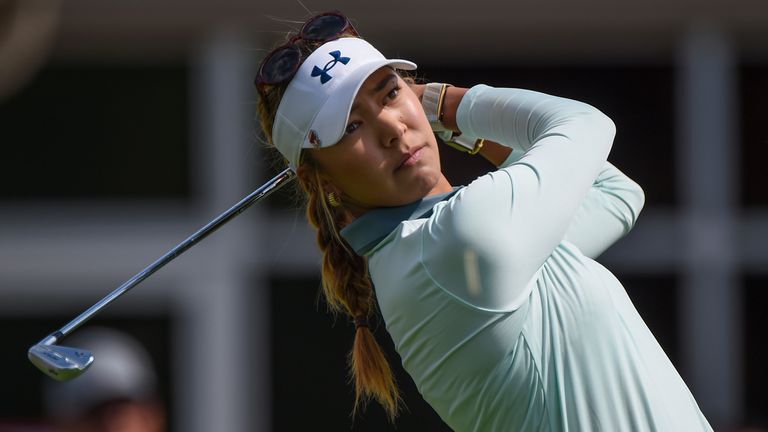 The 26-year-old shared the lead overnight with England’s Charley Hull in the 54-hole tournament, but charged seven shots clear on 14 under after overcoming an opening bogey at the 10th.

After a birdie at the 12th, four consecutive birdies from the 14th saw Lee storm ahead and she added three further gains on the front nine to mirror her Thursday scorecard.

Hull, who had to withdraw from the pre-tournament pro-am due to a sickness big, failed to match her opening 65 and was 10 shots worse with six bogeys and just three birdies in her three-over 75 which dropped her into a share of eighth place on four under.

Bronte Law of England (69) is joint-sixth on five under, with compatriot Georgia Hall (68) one further back alongside Hull.

In contrast to the individual competition, the team contest, where the best two scores are taken on each hole from a team consisting of three professionals and an amateur, is wide open heading into Saturday’s final round.

Team Strom – led by Sweden’s Linnea Strom – lead the way on 27 under, one ahead of Team Buhai with Team Lampert on 24 under.

Team Hull are fourth on 23 under, with Lee’s team 22 under despite the captain’s runaway individual advantage.

Higa leads at US Open, Woods in the hunt at Memorial