Martin Laird is two shots off the lead after the opening round of The American Express, where Tony Finau and Patrick Reed also made encouraging starts.

Laird posted a six-under 66 at the Nicklaus Tournament Course – one of two being used in this week’s event – to leave the Scotsman in tied-third and in touch with early pacesetter Brandon Hagy.

Hagy birdied four of his last six holes to post an opening-round 64 and move a shot ahead of Byeong Hun An, while Si Woo Kim carded a round-of-the-day 66 on the Stadium Course to get to six under alongside Laird and Max Homa.

Alex Noren and former Masters champion Charl Schwartzel are among those in the group on five under, while Finau and Reed both sit four off the pace after a low-scoring opening day at La Quinta.

Finau holed a 12-footer to save par at the first after finding sand with his approach but slipped over par for the day with a three-putt bogey at the sixth, only to roll in a 10-footer at the next to spark an incredible birdie run around the turn. 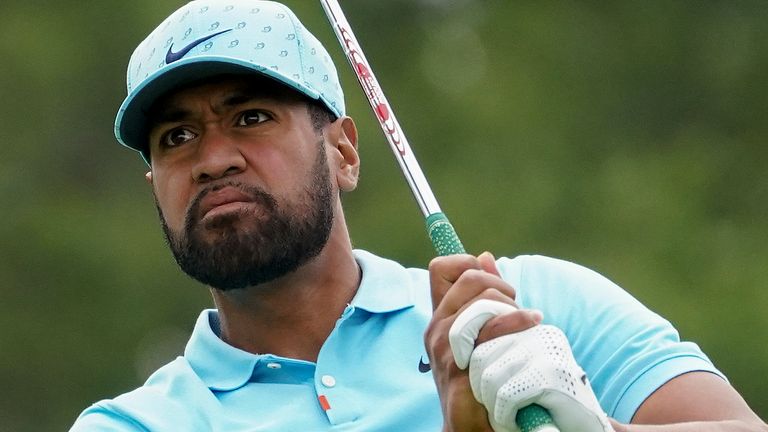 The American birdied his next three holes and tapped in for another at the par-five 11th after missing his eagle try, with an eight-foot gain at the 12th his sixth in a row and taking him within two of the lead.

Finau’s birdie run ended with a chip-in par at the 13th, having found water off the tee on the par-three before a miss from six feet at the last saw him his round with a three-putt and drop back to four under.

Patrick Reed birdied three of his last five holes to match Finau’s opening-round 68 on the Stadium Course, having bounced back from hitting two balls in the water on his way to a double-bogey seven at the fifth, while Jimmy Walker is a further shot back after a hole-out eagle on his final hole.

Russell Knox, Francesco Molinari and Patrick Cantlay – the highest-ranked player in the field – are also five shots off the pace, while 2020 champion Andrew Landry began his title defence with a two-under 70.

Watch the American Express throughout the week on Sky Sports. Live coverage continues on Friday with Featured Groups from 5pm via the red button, ahead of full coverage from 8pm on Sky Sports Golf.

Travelers Championship: TV times and how to watch live on Sky Sports

The Open: What next for Tiger Woods after major missed cut?