To the surprise of no one, Bryson DeChambeau and Brooks Koepka were kept far apart when the ‘draw’ was made on Tuesday for the first two rounds of the 121st US Open.

A rumour that the organisers had asked DeChambeau if he would tee off alongside his unfriendly rival proved of the mischievous kind, with Bryson’s agent emphatically denying they had been approached.

It might have made sense for TV ratings but little else and would have been wholly out of character for the ultra-conservative USGA. For a start, it would hardly have been fair on the third member of any such group. Imagine being placed in the middle of that squabbling pair with a major at stake? 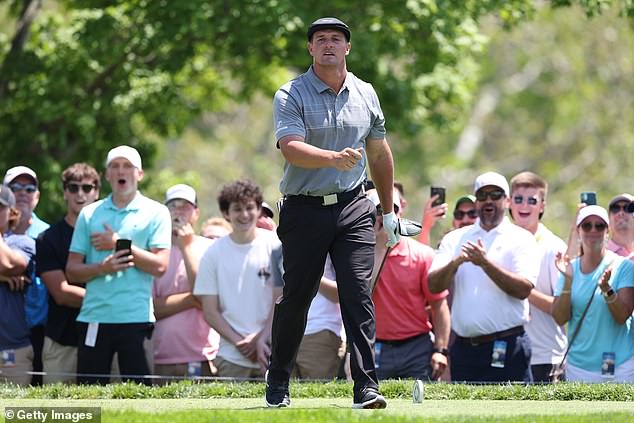 Instead, Koepka and DeChambeau will have the same tee times, only on different days. In accordance with time-honoured custom, defending champion DeChambeau will play with Masters Champion Hideki Matsuyama and US Amateur Champion Tyler Strafaci at 1.14pm on Thursday and 7.29am on Friday (add eight hours for the UK), while Koepka will pit his wits in reverse order with Collin Morikawa and Justin Thomas at 7.29am on day one and 1.14pm on Friday.

Elsewhere, Matt Fitzpatrick, Tyrrell Hatton and Viktor Hovland make for an appealing trio, while man of the moment Phil Mickelson will have two more home state boys for company in Xander Schauffele and Max Homa, as he again attempts to complete the career Grand Slam. Rory McIlroy, something of a forgotten man these days in terms of a major contender, will play alongside world No 1 Dustin Johnson and Justin Rose. 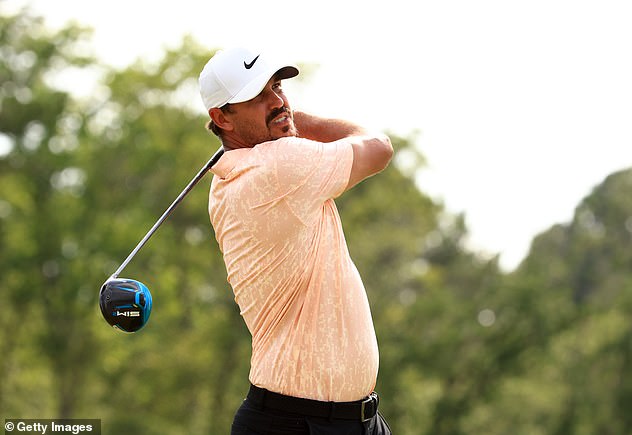 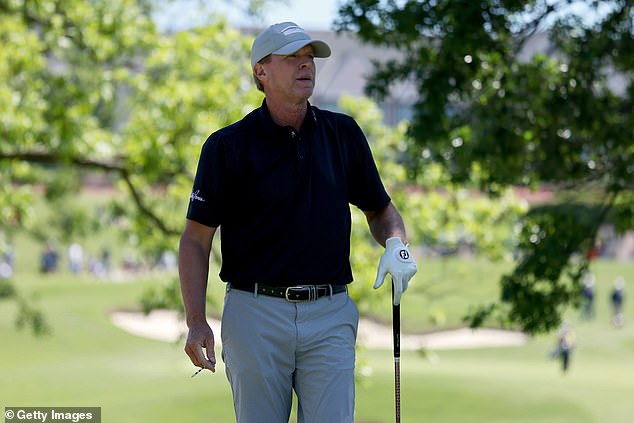 The nearest Brooks and Bryson will get to one another, at least until the weekend, came on Tuesday with press conferences held an hour apart. Both men stuck to their well-worn routines, claiming their feud was good for the game and just banter.

When Sportsmail asked DeChambeau what he thought of American Ryder Cup captain Steve Stricker being unhappy about their back and forth on social media, he promised they’d be on their best behaviour come the team environment in September.

As for his title defence, he pledged to retain the aggressive strategy that worked so well for him at Winged Foot last September. ‘I’m going to bomb it down there as far as I can and then gouge it out if I am in the thick rough,’ he said. ‘I think if you’ve got a ball speed over

190mph this week you have a tremendous advantage being able to get it down close to the green. Maybe not as much as Winged Foot but pretty close.’

DeChambeau and Koepka are two of the few who can swing it that fast, of course. If they are to meet this week, better for it to happen organically over the final two days.