Bryson DeChambeau blew away everyone else with a stellar final round at Winged Foot to win the US Open for his maiden major. Matthew Wolff held a two-shot lead heading into the final round but DeChambeau was in close company having smashed his way round the Mamaroneck course.

The 21-year-old was on course to make history by becoming the first player to win the US Open on his debut in the major since amateur Francis Ouimet in 1913.

He settled some nerves on the opening two holes but DeChambeau, dubbed ‘The Scientist’, soon took advantage of Wolff bogeying on the third and fifth with a birdie on the fourth.

The three-shot swing put DeChambeau in the ascendency with Wolff moving a further shot back on the eighth.

The pair then traded blows on the ninth with both holing out for eagles.

JUST IN: Jurgen Klopp: What Thiago needs to improve on after Liverpool debut 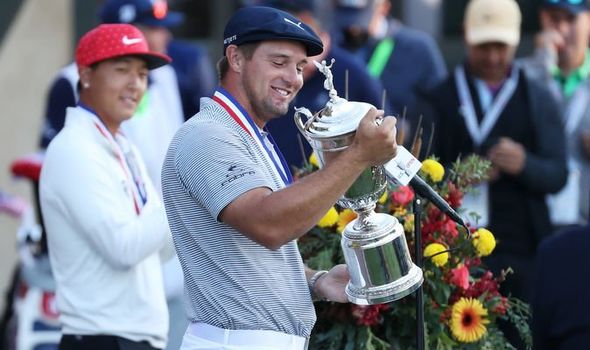 But DeChambeau was the one who went on to build more momentum with a birdie on the 11th while Wolff dropped further back.

The 27-year-old completely transformed his body and game earlier this year in a bid to make the step up to becoming a major champion.

He almost pulled it off at the PGA Championship, finishing a career-best tied-fourth.

But the Winged Foot golf course wasn’t expected to be suited to his playing style of out-driving his rivals on the PGA Tour with thick roughs and trick pin positions.

DeChambeau quickly proved his detractors wrong with a solid opening round of 69, followed by a two-under par round on Friday.

While everyone else up the top of the leaderboard were faltering, DeChambeau stayed true to his game and it paid dividends.

His driving feats might be incredible, but DeChambeau’s putter was equally impressive while his short-game in and around the greens played a huge part in putting him in a position to win.

By the time DeChambeau was walking up to the 18th tee, he was the only man under par and held a six-shot lead. 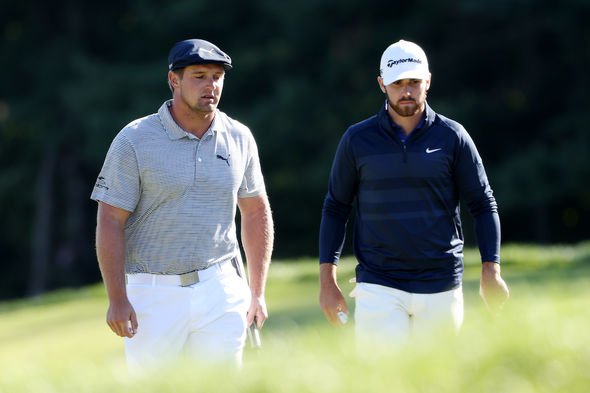 Ever the perfectionist, DeChambeau still took his time over every shot before putting in for par and those fortunate enough to be in attendance cheered the new US Open champion.

Wolff will certainly deserve credit of his own, outperforming experienced pros such as Rory McIlroy and Justin Thomas to name but a few.

The young American will be one to watch in future majors having also finished tied-fourth at the 2020 PGA Championship.

But this moment will belong to DeChambeau, who now joins illustrious company as a major champion.

From testing to prize money, the biggest takeaways from the PGA Tour’s plans for a return