Cameron Champ is closing in on his maiden PGA Tour title after opening up a four-shot lead at the Sanderson Farms Championship.

The American fired nine birdies on his way to an eight-under 64 at the Country Club of Jackson to get to 17 under and pull clear of nearest challenger Corey Conners.

DJ Trahan and Shawn Stefani are a further stroke back in third, while Scotland’s Martin Laird moved up to tied-fifth after a six-under 66. “Obviously, today went great,” Champ said. “I executed all the shots that I wanted to … and just kept up with my game plan. Took advantage of the par 5s, made the putts when I needed to. I was just able to give myself a lot of chances.”

Champ rolled in a 10-footer on his opening hole and made a hattrick of birdies from the third, before cancelling out a blemish at the sixth to make a six-foot gain at the ninth and turn in 32. 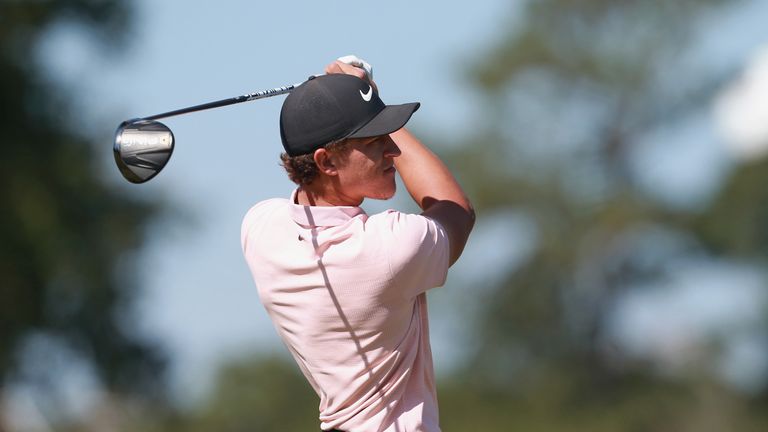 A two-putt birdie at the 11th was followed by three more from the 13th, while Conners matched Champ’s score after mixing nine birdies with a sole blemish.

Norman Xiong, who had held a share of the lead after round two, tumbled to joint 36th after hitting two double-bogeys and finishing with a round of 76.

Watch the final round of the Sanderson Farms Championship live on Sunday from 6.30pm on Sky Sports Golf.

Smith rallies from 4 shots back for Open victory