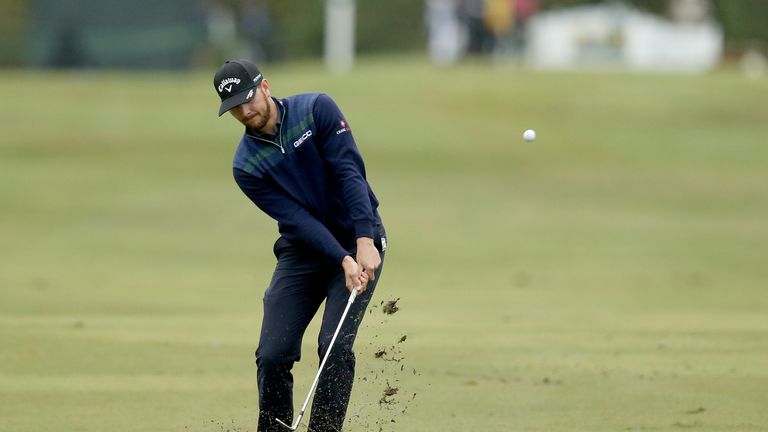 Chris Stroud hit the jackpot in Las Vegas as he fired a hole-in-one during the opening round of the Shriners Hospitals for Children Open.

The American nailed his tee-shot at the 162-yard 14th hole on his way to a two-under 69 at TPC Summerlin, leaving him six strokes back from earlier pacesetter Peter Uihlein.

Beginning on the back nine, Stroud holed a five-foot birdie at the 10th and posted two-putt pars over the following three holes before producing the best shot of his round at the par-three next.

Stroud elected to use an eight-iron and saw his ball pitch 12 feet short of the flagstick, where it took a short hop and maintained its pace as it rolled straight into the middle of the cup.

Click on the video above to see Stroud’s ace!

Watch the Shriners Hospital for Children Open throughout the week live on Sky Sports. Live coverage continues on Friday from 8.30pm on Sky Sports Golf.

Golf: Tiger Woods may be missing but sport readies for return this week

Rory: Bryson not blameless, but ‘tough’ to be him