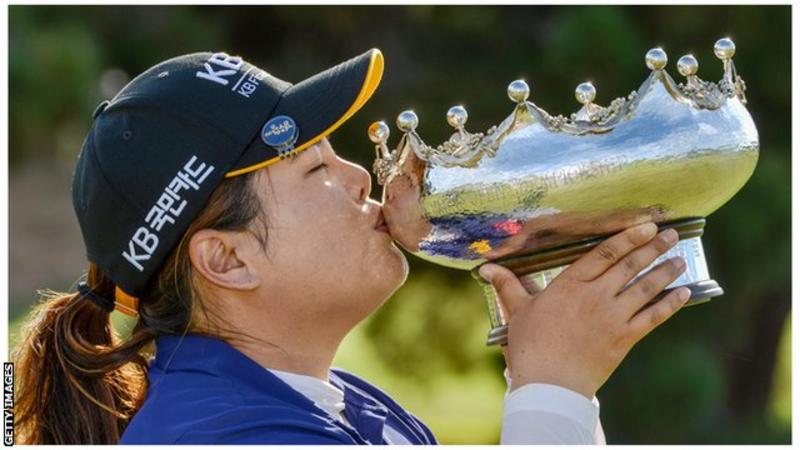 The LPGA Tour will not resume after the coronavirus pandemic until the majority of international players are able to compete in tournaments, said commissioner Mike Whan.

On Friday it was announced that the US Women’s Open, scheduled to take place in June, had been moved to December.

The next five LPGA events have been postponed or cancelled.

“I couldn’t see us running an event where half of our players couldn’t play,” said Whan.

He added: “Could I see us playing an event where our international players can’t attend? I don’t think I could call that official.

“We feel we’ve got to be in the 75% kind of range of players eligible for the event who could play.”

Whan also said the sweeping changes announced to the LPGA schedule were designed to provide clarity for players and caddies.

“So by establishing a line in the sand and saying this is the plan – not just for players but caddies too – it gave them some freedom to say ‘I don’t have to think about that part of it’.

“Eight weeks from now is going to be quite a bit different. Checking in every two weeks, we were adding to anxiety rather than relieving it for a lot of athletes.”

US Women’s Open: Mamiko Higa leads as Bronte Law shoots one over