Former Masters champion Danny Willett believes his injury and fitness problems are behind him after moving into contention at the Turkish Airlines Open.

The Englishman followed an opening-round 67 with a six-under 65 on Friday at Regnum Carya Golf Resort to get within two strokes of midway pacesetter Justin Rose.

Willett moved inside the world’s top 10 after his maiden major title in 2016 but has failed to reach the winner’s circle since his victory at Augusta, battling form and fitness during his rapid slide down the world rankings.

The 31-year-old dropped outside of the world’s top 450 after only registering one top-10 from his 21 starts in 2017 and missing the cut in nine of his first 12 events this campaign, but has shown signs of progress in recent months after working with Sean Foley and fitness coach Kev Duffy. “The body is in the best place it’s been in probably five or six years now and the golf game is going along with it and following that trend,” Willett said post-round.

“I can get up and have 16-hour days if I want to. Well, I can’t because I’ve got two kids, but the fact that the body is able to if I wanted to is great. 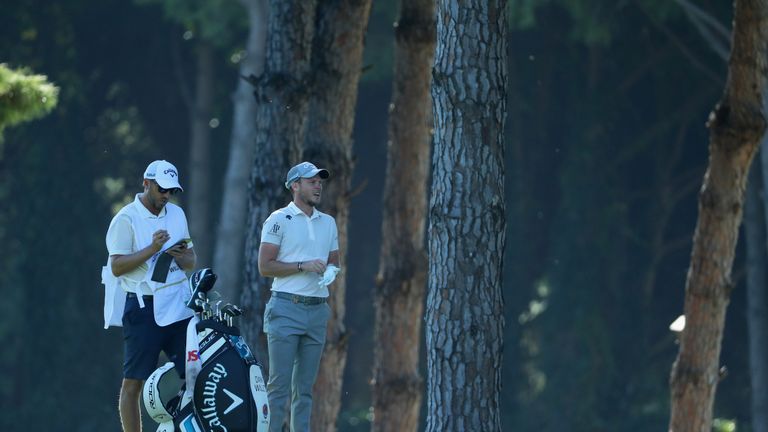 “It’s more that the energy levels are still high at the end of the day because your body is not knackered from playing 18 holes and that used to be the case.

“It was like Humpty Dumpty, every time you finished playing you’ve got to put him back together again, rest up and then try and go again tomorrow. It’s nice that we can put more time in and it’s a game of practice; the more you practise the better chance you give yourself.”

Watch the Turkish Airlines Open throughout the weekend on Sky Sports. Live coverage continues on Saturday from 9am on Sky Sports Golf and Sky Sports Main Event.