Bryson DeChambeau has revealed the staggering 3,500-calorie diet that saw him bulk up and put on three stone in a matter of months.

The five-time PGA Tour winner used his time in lockdown to add a whopping 20lbs of muscle to his frame, seeing him hit ungodly ball speeds and add multiple yards to his huge drives.

In the last year he has added a staggering 45lb in total and now weighs over 17 stone – three stone heavier than when he was first seen on tour. And the American has revealed just how he’s achieved it. 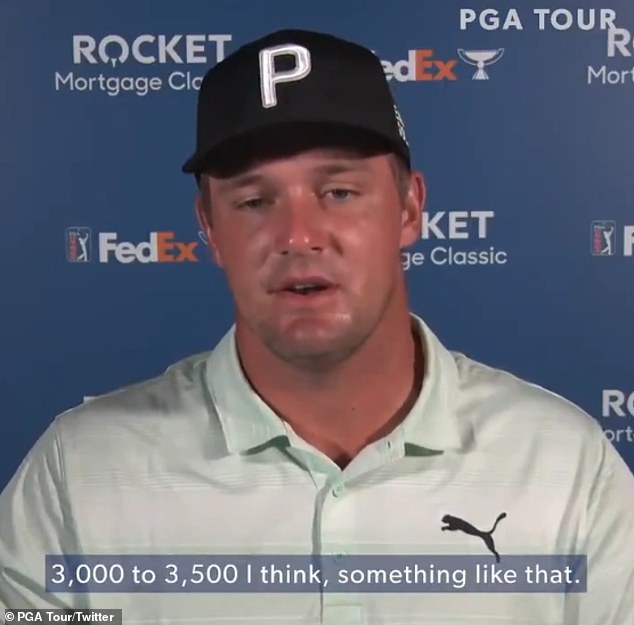 Bryson DeChambeau has revealed how he consumes 3,000-3,500 calories on an average day 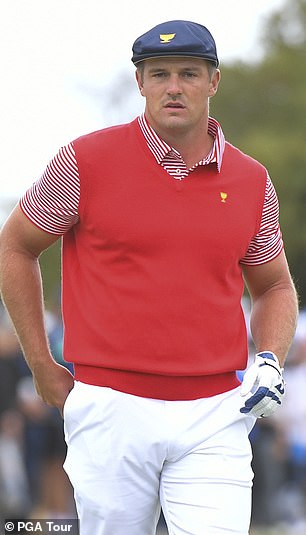 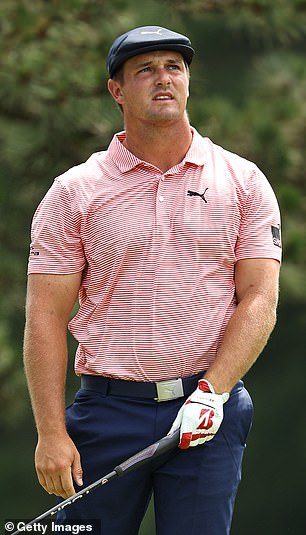 DeChambeau (pictured in December 2019, left) made a stunning transformation after using his time in lockdown to add a whopping 20lbs of muscle to his frame (right, in June)

DeChambeau, now aptly nicknamed the ‘Incredible Bulk’, was was asked what he usually eats in a day, where he revealed he has six to seven protein shakes and takes in around 3,000 to 3,500 calories to help him maintain his newly muscly physique.

‘I would that in the mornings I usually have four eggs, five pieces of bacon, some toast and two protein shakes – two Orgain protein shakes,’ he said.

‘And then throughout the course of the day I’ll have a GoMacro bar here and there, I’ll have a peanut butter and jelly sandwich. 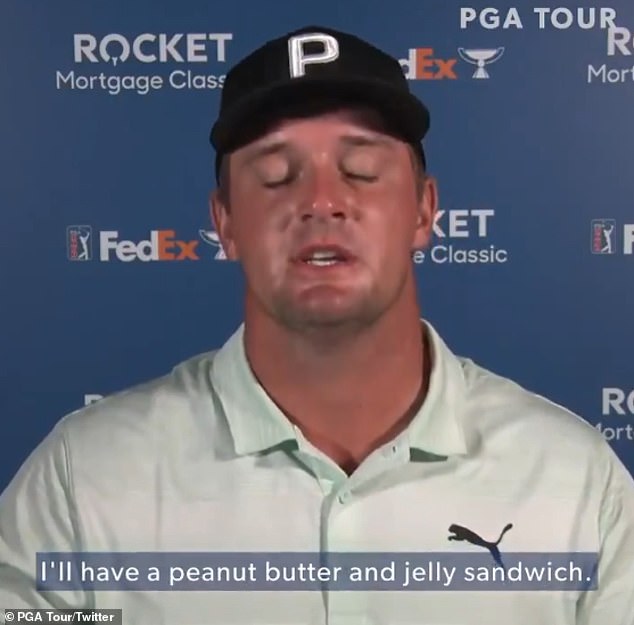 The American revealed what his daily diet consists of and how he is consuming 3,500 calories 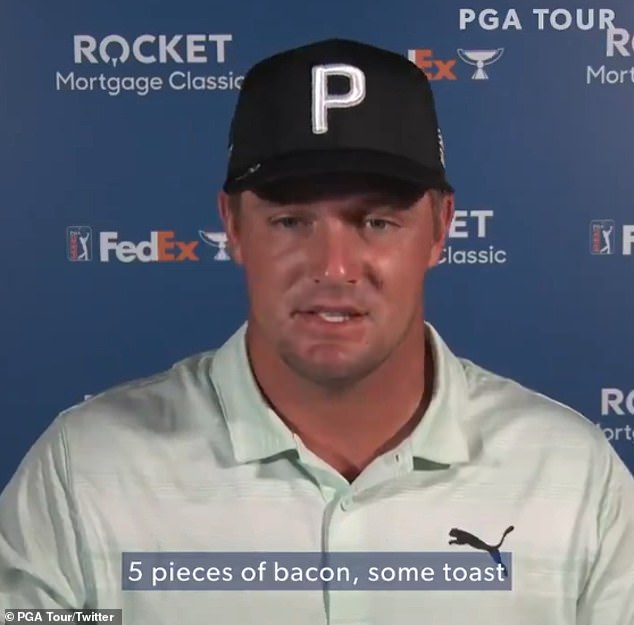 DeChambeau says he has four eggs, five pieces of bacon and some toast for breakfast

‘I’ll have another protein drink, I’ll have at least two protein drinks on the golf course. So every six holes, so 6, 12 and then after the round I’ll have one. After that I’m snacking when I’m practising after.

‘Go back to the hotel, eat a dinner. Steak, potatoes then I’ll have two protein shakes with it there as well.

‘So you know I’m consuming around I would say six to seven of those Orgain protein shakes a day now where I used to be, you know, two or three.

‘So as I’ve upped the weight, upped everything I’ve just had to consume a lot more. Luckily I like the taste of those shakes so I can take those pretty easily.’ 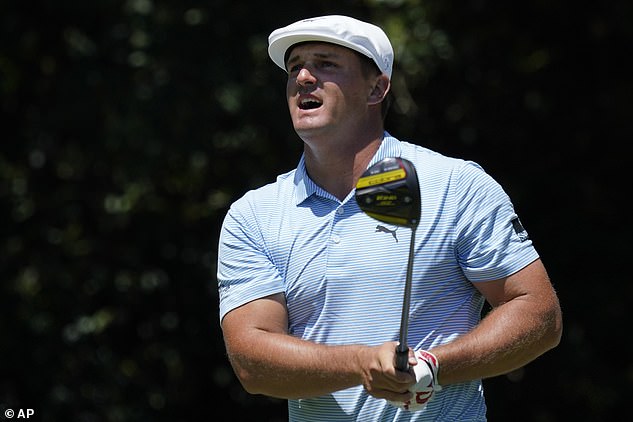 DeChambeau was almost unrecognisable at the Charles Schwab Challenge in June 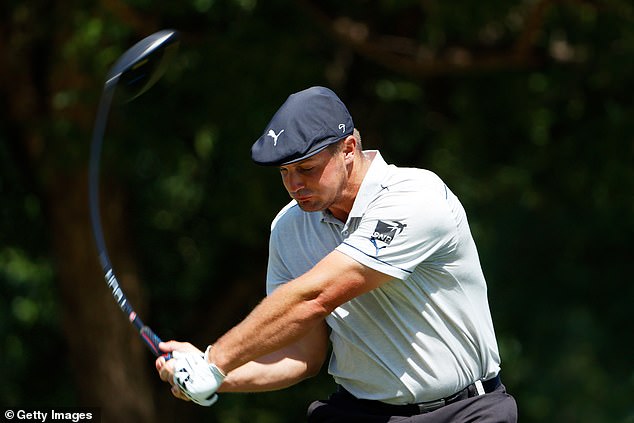 The former World No 5 was then asked how many calories that all adds up to on an average day – something DeChambeau hadn’t quite worked out up until that moment.

‘Shoot I have no idea,’ he replied.