US Election: Donald Trump poses with bride at golf course

Outgoing US president Donald Trump’s prospects of hosting the Open Championships at his Turnberry resort were dismissed on Monday after it was revealed that the Scottish venue will not be considered for selection in the future. The 74-year-old has been blacklisted by many of the world’s biggest companies this month, including Twitter, Google and Facebook, after he was accused of inciting violence following last week’s lamentable scenes at the United States Capitol.

A crowd of Trump supporters stormed the building on Wednesday during a session of Congress in an apparent attempt to disrupt the electoral college vote count, with clashes between police and those inside becoming violent at times.

Shortly before the incident, Trump told attendees at a nearby rally to march towards the Capitol in protest, which sparked widespread accusations that he was at least partly responsible for the fiasco.

He was promptly banned from a large selection of social media networks and online services, before it was announced that the PGA had stripped his Trump National club in New Jersey of its role as host for next year’s championship.

Trump, a keen golf enthusiast, has since been dealt yet another blow regarding his beloved sport. 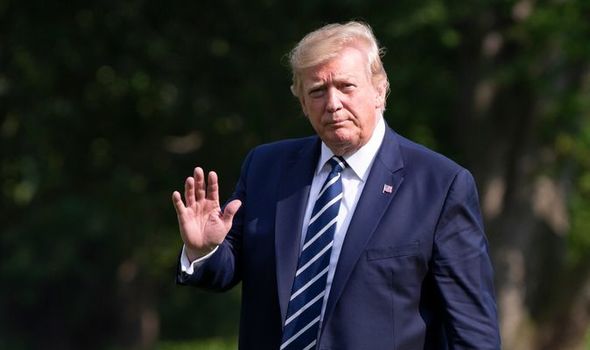 The R&A, which oversees the Open Championships, announced on Monday that his Turnberry complex would not be hosting the competition for at least the next few years.

The Ayrshire resort has done so on three previous occasions, but not since 2009, five years before Trump’s purchase for a reported fee of $60million (£44.37m).

The 2021 edition of the tournament will begin in July at Royal St George’s Golf Club in Kent.

“We had no plans to stage any of our championships at Turnberry and will not do so in the foreseeable future,” R&A chief executive Martin Slumbers said in a statement. 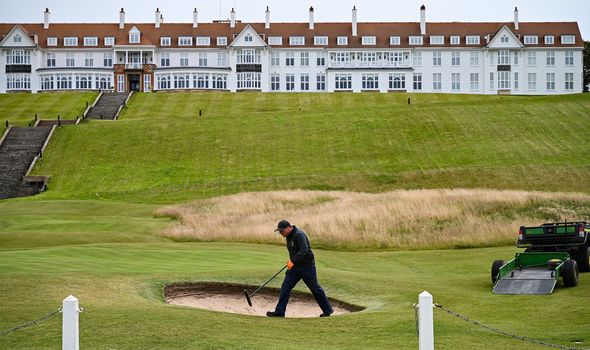 “We will not return until we are convinced that the focus will be on the championship, the players and the course itself and we do not believe that is achievable in the current circumstances.”

The announcement echoed the comments of PGA chief Seth Waugh, who cited the volatile ‘political situation’ as the reason for the decision to move the 2022 PGA Championship away from Trump National.

“We find ourselves in a political situation not of our making,’’ Waugh told AP News. “We’re fiduciaries for our members, for the game, for our mission and for our brand. And how do we best protect that?

“Our feeling was given the tragic events of Wednesday that we could no longer hold it at Bedminster. The damage could have been irreparable. The only real course of action was to leave.”