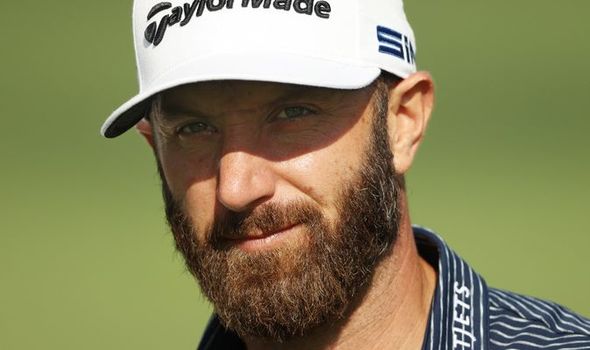 Dustin Johnson is yet to win the famous green jacket but he’s put himself in pole position this year. The 36-year-old headed into the final round of the Masters with a four-shot lead.

But the green jacket isn’t the only thing Johnson will be competing for as the Masters is also one of the most lucrative events in golf.

Even finishing in the top four is worth more than half a million dollars (£378,000).

So as Johnsons attempts to win his first Masters title, Express Sport takes a look at his net worth.

How much is Dustin Johnson worth?

According to Celebrity Net Worth, Johnson’s overall wealth in the region of $50million (£38m).

That puts him at No 5 on the overall money list, behind only Tiger Woods, Phil Mickelson, Jim Furyk and Vijay Singh.

Johnson’s three-stroke victory at the Tour Championship in September won his the FedEx Cup’s eye-watering top prize of $15m.

However, the American still remembers when winning $25,000 was a big deal.

“When I went through all three stages of [2007] Q-School and got my Tour card I think they gave me like a $25,000 check,” he said after his Tour Championship win.

“I thought I was rich because I didn’t have but a couple hundred bucks in my bank account probably.”

“I’m very thankful for FedEx… but it’s not about the money for me. It’s more about the trophy.”

European Open: Paul Casey wins by a shot in Hamburg

David Carey shoots amazing round of 57 during Alps Tour event