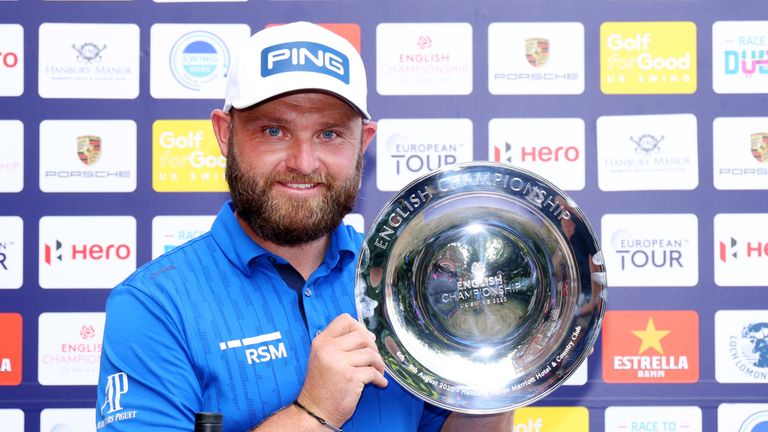 Andy Sullivan claimed his first European Tour title for almost five years after he powered to a seven-shot victory at the English Championship.

Sullivan, five ahead overnight, held off a valiant challenge from Adrian Otaegui and saw his lead whittled down to two shots shortly after the turn, but the popular Englishman stretched his advantage with three birdies in four holes from the 12th and added another at the last to get round in 65 at Hanbury Manor. 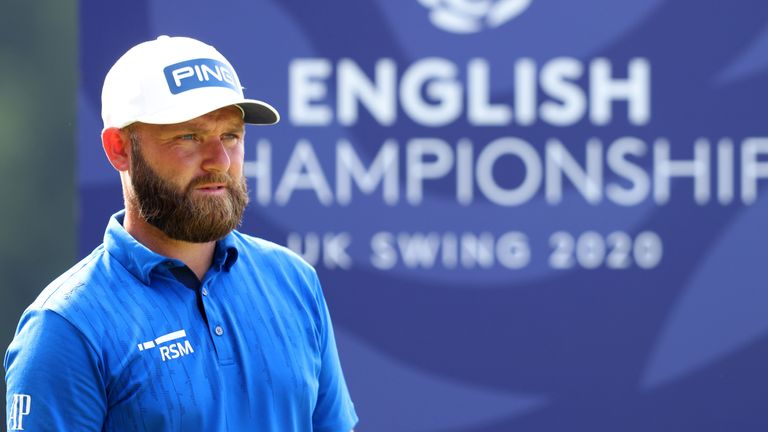 His outstanding winning score of 27 under par was only two shy of the all-time record on the European Tour, set by Ernie Els 17 years ago, and Sullivan was full of emotion after walking off the final green having secured his first piece of silverware since his three-victory season in 2015.

A procession looked likely when Sullivan made his fourth eagle of the week at the second, but he then bogeyed the fourth and Otaegui suddenly emerged as a huge threat when he stormed to the turn in 31, with five birdies.

The Spaniard was just two behind when he birdied the 12th, but that was matched by Sullivan who then gave himself plenty of breathing space with two lengthy putts for back-to-back birdies at 14 and 15, and his lead was back to six shots when Otaegui dropped his first shot of the final day at the penultimate hole.

Otaegui parred the last to ensure he would finish in outright second on 20 under par, just pipping the talented young Dane Rasmus Hojgaard, who climbed 13 places up the leaderboard to earn a podium finish with a seven-birdie 64. 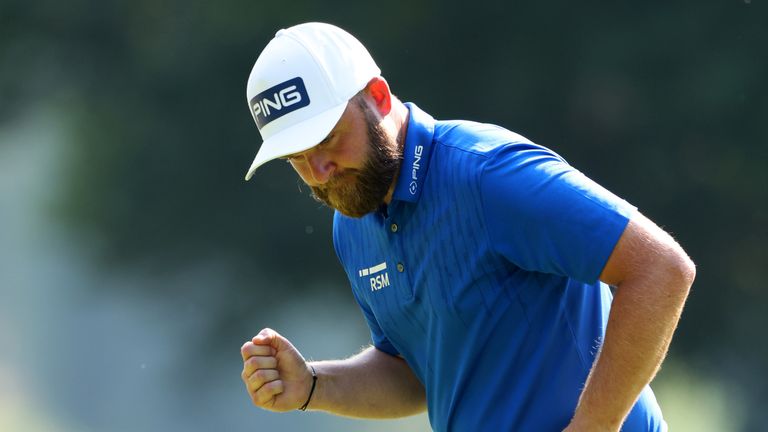 But the stage was left clear for former European Ryder Cup star Sullivan, who finished in style when he clipped a wedge to 12 feet at the last and rattled it home for his 25th birdie of the week.

PGA Tour: Will player eligibility be affected by the coronavirus crisis?