‘I was thrilled with the way they did it’: Ryder Cup captain Padraig Harrington predicts Europe’s sensational Solheim Cup success will inspire his team in the United States

As ever, Padraig Harrington dealt thoughtfully with the questions about the Ryder Cup — but it was when he was asked what his team could take from Europe’s sensational Solheim Cup victory that his face lit up.

‘Momentum. Inspiration. What’s not to take?’ beamed the Ryder Cup captain. ‘I was watching it and I was thrilled with the way they went about it. The way they did it. Not just going out and winning but the fact they dominated. Let’s be honest, they won it fair and square, there was no luck involved.

‘As the Ryder Cup team, you want all the momentum you can get and this certainly helps. The way they coped with a dominant US crowd, there’s definitely a few things that we will talk about and adjust and certainly learn from.’ 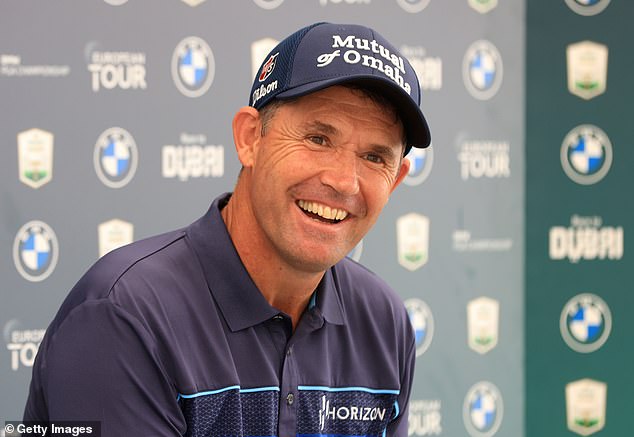 His face grew brighter still when the greatest golfer born in the Republic of Ireland was asked about the greatest rookie performance, delivered by his compatriot Leona Maguire, 26.

‘She’s so young but already she is now one of Ireland’s greatest golfers,’ he replied. ‘It was inspirational for the Ryder Cup team but I can’t tell you how important it is in Ireland. We might be a better country than any in celebrating our successes and we are having a particularly great run in women’s sport at the moment.

‘Yes, it will do a lot to encourage Irish girls to get into golf but it will be motivating for all sportspeople in Ireland. She went out and proved it on the world’s stage. Sometimes we lose sight of that but rather than thinking she’s one of Ireland’s best, she went out and showed she’s one of the world’s best, and that’s incredibly important. It was phenomenal.’ 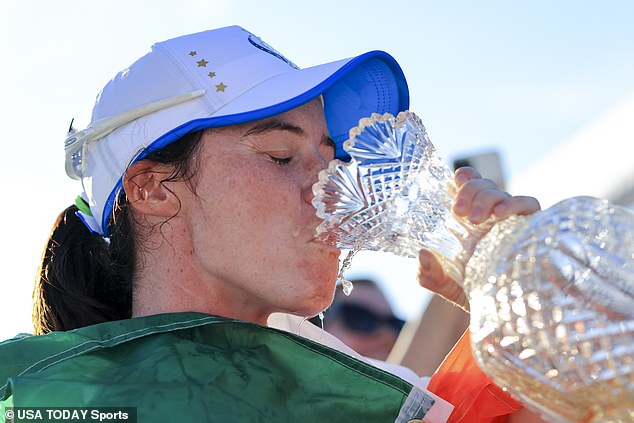 As for the victorious Solheim Cup skipper, the first European captain to win the trophy twice, great Scot Catriona Matthew said she would not be seeking a third term, effectively closing the book on her fabulous career. ‘Definitely no more,’ she said with a laugh. ‘Two and done.’

Her successor for the next match in Spain will certainly be bequeathed a rich legacy, with a team full of hungry fighters in their twenties.

Not only Maguire but Madelene Sagstrom, Nanna Madsen, Matilda Castren, Emily Pedersen — and that’s just the girls from Scandinavia.

Throw in Charley Hull and Georgia Hall, and the old Neil Diamond classic about good times never feeling so good certainly rang true in the Monday celebrations that continued well into yesterday in Toledo. 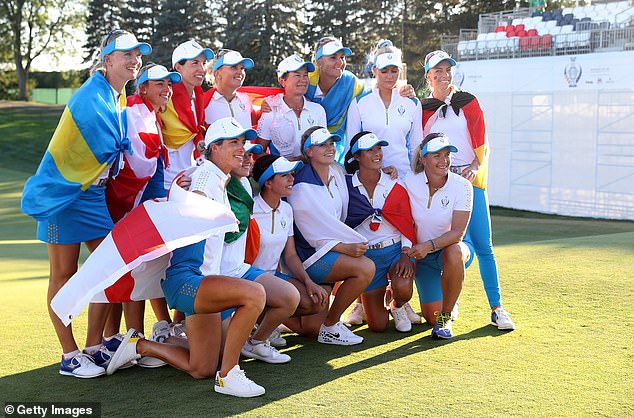 Meanwhile, at Wentworth on Thursday the spotlight will switch to the BMW PGA Championship — the final Ryder Cup qualifying event — with Harrington predicting ‘plenty of drama’.

Regarding the wildcards, to be announced following the end of play on Sunday night, he said there were six players under consideration for the three spots — and he wouldn’t confirm that one of them will be going to the notable absentee, Sergio Garcia.

‘I understand why he’s not here having qualified for the Tour Championship, and it’s definitely a better decision for him in terms of resting up and getting ready if he’s in the team,’ he said.