Ewen Murray previews The Players Championship and what to expect from the tournament after its calendar switch, while also looking back on Webb Simpson’s dominant victory last year…

With The Players Championship moving back to March from May, we’re likely to see the Stadium Course at Sawgrass play differently this year, mainly because the wind tends to come in from the north at this time of year.

Holes like 16 will play a little easier as it will most likely be downwind, but the 17th could be even trickier than normal hitting into the breeze, while the 18th tee shot becomes tougher with a right-to-left crosswind pushing balls towards the water.

The course will be softer, and that’s how Pete Dye designed it to be, and I think the majority of the players will prefer the conditions this week compared to the heat and humidity of mid-May.

When The Players was staged in March before, it was held two or three weeks before the Masters and many viewed it as the start of the season proper.

But with the PGA Tour’s wraparound schedule, last year’s tournament was the 26th event on the calendar and it was starting to get lost being in the middle of a run of lesser events.

I think it’s a good move to have The Players in March, but I can’t see it becoming an official fifth major.

There is too much talk of having the strongest field of the year at Sawgrass, when that is not the case. Yes, the top 50 in the world are there, but the remainder of the field are decided by the FedExCup rankings on the PGA Tour. Danny Lee played in the final pairing with Simpson last year and he looked likely to be the biggest threat when he found two early birdies, but he went into the week ranked 186th in the world. I feel the strongest field is often seen at the PGA Championship, which boasts most of the world’s top 100.

Webb Simpson was better than all the rest by some margin last year. He was tremendous when you think he had gone almost five years without a victory on the PGA Tour before that win.

That’s a long time for any player, but when you’re a major champion it’s even harder to come back from, especially when you are in the prime of your career. 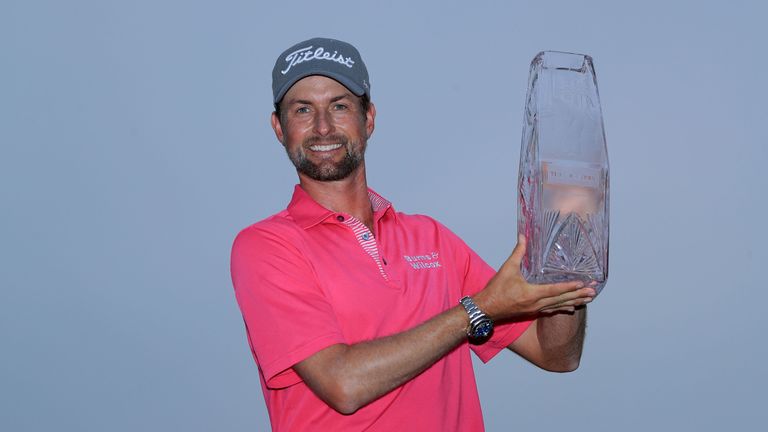 Even going into the final round with a seven-shot lead, it’s still tough to finish it off when you haven’t experienced winning for that amount of time. But he saw it through, and his performance was first class from start to finish.

Webb had the pressure of leading for the entire weekend following his remarkable 63 on Friday afternoon, so to follow that up with a 68 and turn a five-shot lead into a seven-stroke advantage was very impressive.

Had he not found the water with his approach to the 72nd hole on Sunday, he’d have won by six shots, and to beat a field like that by such a margin is an incredible achievement.

Tiger Woods and Brooks Koepka out of WGC-Mexico Championship