The 2020 PGA Championship is the first golf major in over 12 months with the coronavirus pandemic forcing this year’s schedule to be completely reshaped, although there are no spectators at Harding Park. Still, the leaderboard is stacked heading into the second round with already a few highlight moments from Thursday’s action.

Bryson DeChambeau has made a name for himself with his monster drives so it’s inevitable that one would break and it happened on the seventh hold of the PGA Championship opening round.

The 26-year-old added 20 pounds of muscle to his frame this year and it’s made him a unique force to be reckoned with since the restart of the PGA Tour.

He leads the PGA Tour in average drive distance at a little over 324 yards, but his ferocious swing speed came back to bite him on the seventh tee.

After smashing a drive down the right of the fairway, DeChambeau leaned on his driver to bend down to pick up his tee only for the head to completely snap off the club.

Since the damage was not done in anger though, DeChambeau was able to ask for a replacement.

JUST IN: Why Tiger Woods has changed one club in his bag for PGA Championship 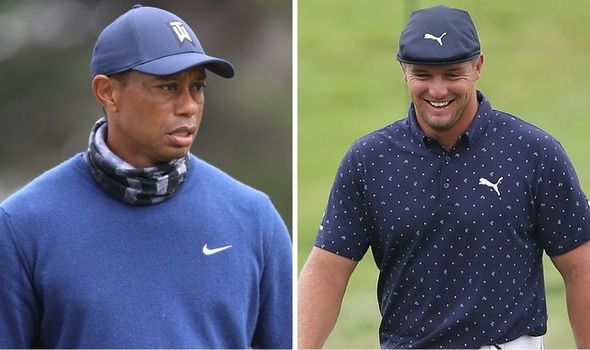 Tiger Woods may not have had much competitive practice heading into the PGA Championship, but he has certainly positioned himself well to make a run for major number 16 on Sunday.

He carded a two-under 68 to leave him three shots off the lead heading into the second round on Friday.

Woods notoriously gets stronger at major championships throughout the weekend and his round of 68 was his lowest opening-round score of a major since the 2012 Open Championship.

He came tied-third that year and could well be in contention this weekend.

Lee Westwood putting health over wealth by staying in Europe

Jon Rahm reacts to overtaking Rory McIlroy as world No 1

DeChambeau can be an intimidating player to be grouped in due to his supernatural drives, but Adam Scott was jokingly unimpressed.

The duo, also playing alongside Rickie Fowler, both finished on rounds of 68 to leave them three shots off the lead.

And spirits were clearly high between the pair as Scott was picked up by on-course microphones joking about DeChambeau’s legendary driving distance.

“Not to put him down, but I thought he’d be longer,” he said with a smile on his face.

“There’s been so much build-up, reading the news and listening to him and watching him play, I thought I was going to see one of those long-drive guys.” 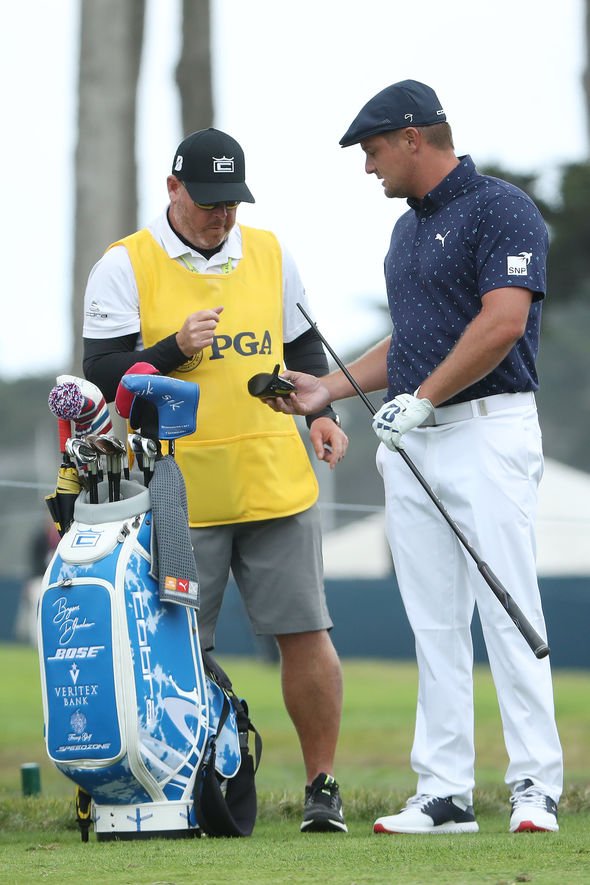 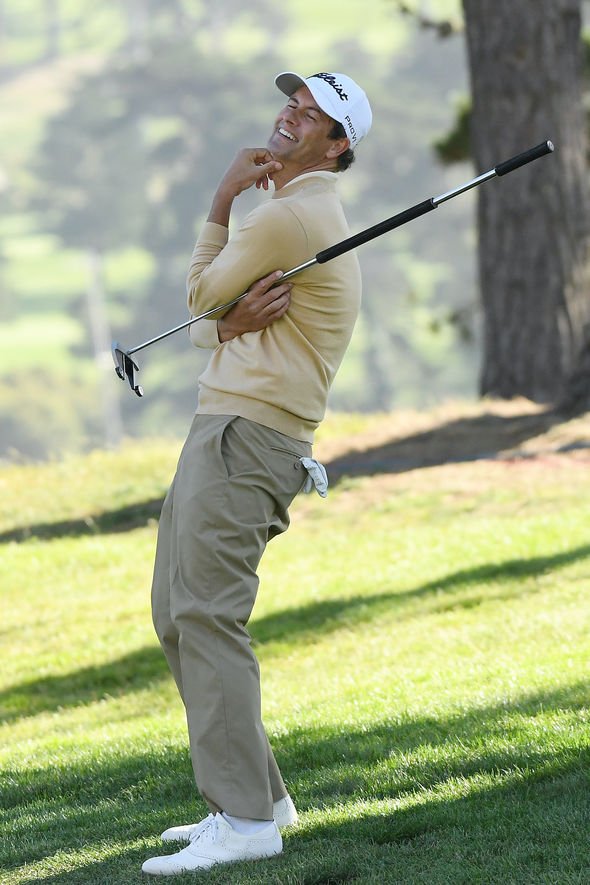 Another interesting chat picked up on microphones due to the lack of crowd noise was one between Tiger Woods and Rory McIlroy.

The pair were talking about the TaylorMade golf bags that were made for some of the golfers in tribute to NFL franchise San Francisco Giants.

McIlroy’s bag sported the colours of the Giants and Woods, an avid Los Angeles Dodgers fan, explained why he couldn’t accept the bag.

“What team do you root for back home? Soccer?” Woods asked.

McIlroy pointed out he supports Manchester United, to which Woods reported: “So, Liverpool. It would be like having Liverpool colors on your bag,” Woods said. “That’s how much we hate the Giants. I wouldn’t do it.”

PGA Championship: Tiger Woods insists lack of golf since Masters is not an issue

Matt Every suspended after testing positive for cannabis