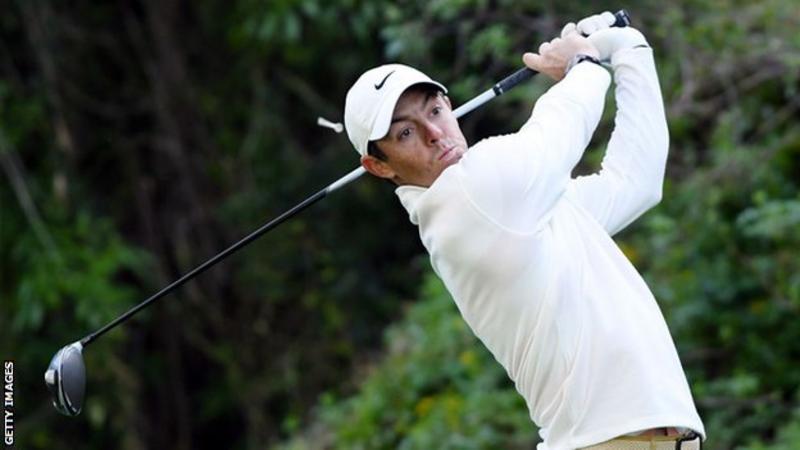 World number one Rory McIlroy is four shots off the lead after a carding a three-under-par opening round at the Genesis Invitational in California.

The 30-year-old Northern Irishman, who is back on top of the world rankings for the first time in five years, shot a 68 that included two eagles.

American Matt Kuchar has the clubhouse lead after shooting a seven-under 64.

Tiger Woods, bidding for a PGA Tour record 83rd win, was four under at the halfway stage of his round.

Captain’s call: Tiger Woods to play in the Presidents Cup in Melbourne

Jack Nicklaus or Tiger Woods: Who is the greatest golfer of all-time?