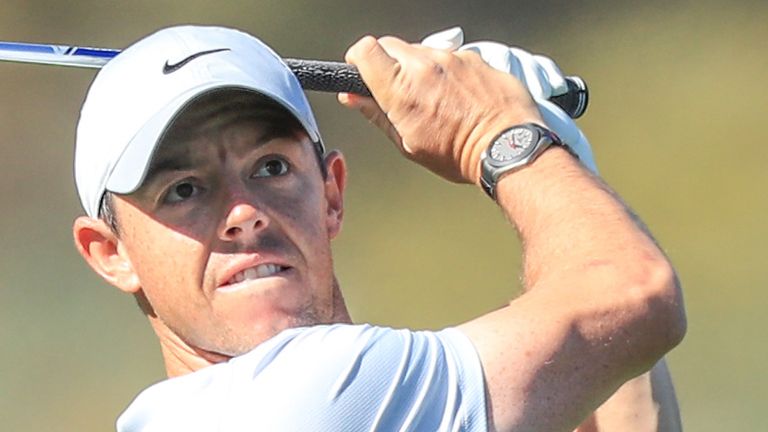 Rory McIlroy is set for a Sunday showdown with Matt Kuchar and Adam Scott after the trio took a share of the lead into the final round of the Genesis Invitational.

McIlroy posted a three-under 68 at Riviera Country Club to join Scott – who made four birdies in a five-hole stretch around the turn – and overnight leader Kuchar on 10 under.

Russell Henley and Harold Varner III head into the final round a shot off the pace in tied-fourth, with Dustin Johnson on eight under and two back alongside Joel Dahmen.

A congested leaderboard sees the top 16 players separated by just four shots heading into the final day, while tournament host Tiger Woods slipped into tied-63rd after a five-under 76.

Starting the day two shots off the lead, McIlroy pitched from the back of the green to tap-in range to match Kuchar’s birdie at the par-five first but missed from seven feet for another at the fifth. 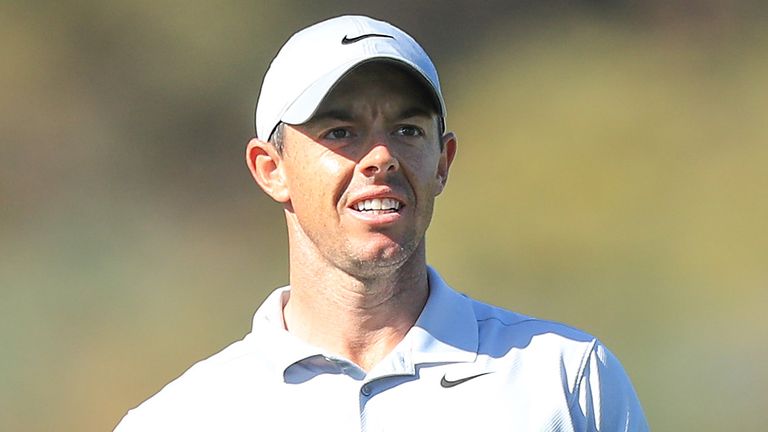 Kuchar nudged in from close range at the seventh to briefly go three ahead, only for McIlroy to respond by posting back-to-back birdies over his next two holes to reach the turn one back.

The advantage became two again when Kuchar rolled in a 15-footer at the 11th and McIlroy failed to convert his birdie attempt from half the distance, as Varner started his back nine with successive gains to temporarily join the share for second. McIlroy made a two-putt par from 85 feet at the 12th and grabbed a share of the lead in a two-shot swing at the next, where he made a 10-footer and Kuchar couldn’t convert his eight-footer for par.

The lead changed hands once again when Kuchar got up-and-down from a greenside bunker to save par at the 14th, where McIlroy made bogey after also finding sand off the tee, before he three-putted from off the next green to drop back alongside the Northern Irishman on 10 under.

McIlroy moved into the outright lead for the first time with a 10-foot birdie at the 16th, as Kuchar three-putted from 30 feet for a third bogey in four holes, only for the American to respond by draining a 15-foot birdie at the next to leave the pair back tied heading to the par-four last.

With Scott – in the group ahead – rolling in a 10-foot birdie to join the share of the lead, McIlroy scrambled to save par from the rough and Kuchar also finished with a four to leave the trio locked at the top. Russell Henley holed an 85-foot eagle on his way to a third-round 68 and a share of fourth, while a joint-low round-of-the-day 64 lifted Hideki Matsuyama into the group on six under that also includes Jon Rahm.